As soon as online gaming gained a proper structural evolution and could hold servers with hundreds of players at once, open-world massively multiplayer role-playing games (MMORPGs) have been an important genre that exponentially grows every single year.

First, it gained traction and success on the PC platform but always had consoles try the formula out every once in a while, and had a moderate audience – which in time grew to be half as large as that on computers due to online being implemented better even in the world of consoles.

Naturally, the trend carried onto Android phones as well since it has been greatly growing in terms of hardware and audience – and we have dozens of open-world MMORPGs in the palm of our hands as a result.

Of course, not all of them are worth your time, so that’s why we have created a list of the 10 best open-world MMORPG games for Android to save you time!

On top of handpicking only the best games in the genre, we have also attached gameplay videos and direct links to make your experience of choosing the right game easier. So, let’s get started.

Here’s a list of the best MMORPGs to enjoy on mobile in 2022.

Toram Online is easily one of the largest and most action-packed open-world MMORPGs for Android considering the fact it has nice graphics, a great world to explore, and the gameplay is similar to the Monster Hunter franchise in the sense you fight raid bosses either by yourself or your friends on top of the smaller enemies.

The game focuses on freedom and has a lot of customization, and instead of fixed classes, it lets you learn any fighting style that you want to be based on your preferences.

It also has a long storyline that still continues to get new chapters to this day, and has many different events such as those for Halloween and Christmas. On top of that, it has collaborations to spice things up a bit too and it’s currently having a crossover event with Hatsune Miku. 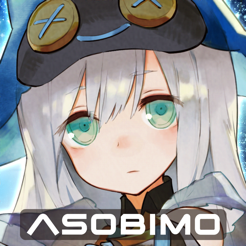 Whether you’re into the genre or not, you’ve definitely heard of Genshin Impact at some point. Despite only being released for a few months, the game has made headlines repeatedly and is one of the most successful open-world MMORPGs of 2022.

Its graphics are gorgeous and compared to the likes of Breath of the Wild, the gameplay is amazing and varied, the world is filled with countless activities, the multiplayer is fun, and the storyline will keep you busy for days.

On top of all that, it has cross-play between every single platform that it’s currently available on so you can play with your friends no matter what they’re using. 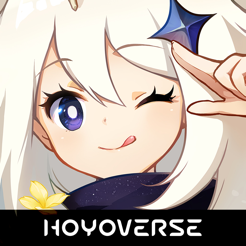 Black Desert Mobile is the smartphone version of the critically acclaimed Black Desert Online. The game is known for its hack ‘n slash gameplay that plays similarly to most modern-day action adventures instead of the usual MMORPG gameplay, which really makes it stand out.

Its graphics are pretty great and detailed and the game world is full of activities and fights to indulge in, and even allows you to find, tame, breed, and ride animals that you can use for battle and travel.

It’s an ever-growing franchise and features enough customization to keep you hooked for hours in the simulation aspects of the game alone. 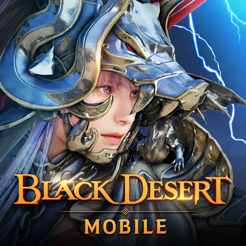 ARK: Survival Evolved Mobile is the handheld version of the divisive but successful PC game, and is known for its unique gameplay.

The game spawns you in its world without any weapons or items and it’s up to you to make your own adventure as you strategize and loot your way through the large map and eventually become competent enough to deal with dinosaurs.

Once you encounter dinosaurs, you can fight or tame them and eventually make them your ultimate ally, and then you can expand your adventures by meeting other players and tribes and even start one of your own. 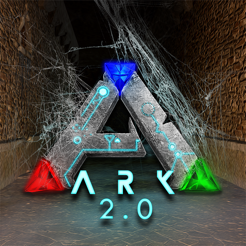 Whether you are someone who used to play RuneScape back in the days or are someone who is new to it and wants to try it out – Old School RuneScape is arguably the best rendition of the open-world MMORPG compared to the most recent ones.

All of the insane amounts of customization and freedom to gameplay that you expect are here, and you can do whatever you like based on your preferences and playstyle while engaging in fun and heartfelt interactions with other players.

It also has cross-play so you and your friends can have fun together irrespective of what device you’re on.

Lineage 2: Revolution has all the basics of an open-world MMORPG that you’d expect but is more on the relaxing side compared to some of the other entries in this list that require more attention to commanding every move.

The major factor to that is the fact it lets you use auto-play mechanics which means you can attend to important things while your character fights on its own for as long as you like – which is useful if you’re busy and have a character you are sure is stronger than the threat it is facing.

It has solid gameplay in general and has several events and updates that get added to keep it fresh consistently – which includes raid bosses that you can take down with your friends. It also features 50vs50 PvP battles as well, which is a scale that most Android MMORPGs lack. 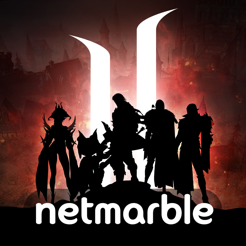 Vendetta Online is perhaps the most different MMORPG on the list, as it takes place within space and you play as spaceships instead of individual human avatars.

The game lets you fly endlessly through its sandbox skies and you can play it offline if you like for practice or just some nice PvE action.

When you’re ready for online, you will find yourself participating in player vs player battles and you also have the ability to team up with them and raid enemy territories and even raid fights which are standard MMORPG business.

The game has great graphics and the gameplay is cross-platform, so don’t expect it to be forgiving or watered down on the Android platform – it’s a proper PC-scale MMORPG in every single way.

Order & Chaos 2: Redemption is simply one of the best open-world MMORPGs on the Android platform because it has everything you could ask for.

Story quests, side quests, co-operative battles, player vs player battles, different classes with their unique quests as well, different races, a nice craft system, and tons of customization – everything is there and very well developed.

Since it’s not a game with cross-play, if you’re looking for more of an optimized experience specifically designed for mobile devices then this is a game you should consider trying as it’s full of players, great gameplay, and hundreds of hours of content. 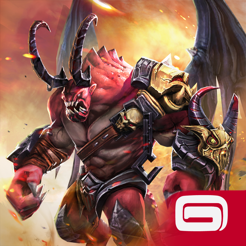 Arcane Legends is kind of like a less-serious Diablo/Eternium for Android phones.

It lets you play in 3 different character classes and the gameplay is about traveling the game’s open world and engaging in RPG elements such as completing quests, partaking in PvE battles and events, and PvP goodness.

It’s critically considered one of the best MMORPGs on Android phones and while those reviews are from a few years back – the game is still consistently fun and full of hundreds of hours worth of content. Raiding all the unique dungeons and bosses never gets old.

Celtic Heroes is often compared to the World of Warcraft because it tries to implement its gameplay and best translate it into a smartphone experience – and for the most part, it gets the experience right.

The features are all here – customization, an open world full of quests and places to raid, giant bosses that you can take on with other players, small-scale PvP and larger-scale clan wars, different classes, great graphics, trading, and thousands of weapons and armor to obtain.

It even has pets, so you’d be heartless if you didn’t download it right now and get some companions to pet.

That’s it for the 10 best open-world MMORPG games for Android list! We hope you found the perfect game that suits your playstyle.

Did your favorite game make it to the list? Did we miss any important ones? Feel free to let us know in the comments and make sure to check out some of our other helpful gaming lists on the website.

Mass Effect is one of the most well-received and influential action role-playing video games of our time. Even…

Love Wordle and would like to catch up with similar simple puzzle games like Wordle? This is the…