Hero Wars is a game that everyone has seen at some point, even if they don’t know that. That’s because it’s that game with the Facebook advertisements where a warrior with spiky hair is always either saving people, being mean to them, or leveling up by killing all kinds of powerful demons.

But apart from the aggressive advertisements, it’s a genuinely entertaining game with fun RPG elements.

Naturally, with any team-based role-playing video game, there are combinations of characters that you can use which provide you an edge of synergy. It can take a lot of time figuring out what the best teams are, especially since the game has so many characters – so we’re here to help.

These are the best teams you can assemble in Hero Wars for your adventures.

The game has four classes, which are tank, DPS, healer, and support.

A healer, as the name implies, is used to keep themselves and their teammates alive at any cost, the latter being of more importance. And finally, support means that you help your teammates in winning battles in ways more than just healing them – which means that it’s a little more on the offensive side.

The way these teams combine together to help each other is a balance of offense and defense. If a character is a tank, they would be able to fight enemies while their teammates build up enough energy to use their abilities.

However, a tank takes damage – so that’s when a healer comes in as they revive you back to health so you can keep fighting. And of course, if the tank dies, the healer does have attack capabilities too in order to keep going further.

Naturally, the best team is created by combining these attributes in the best ways possible, which allows the player to have every aspect covered in a battle.

So, here are the best combinations based on our experience and statistics:

Dark Star has the ability to create duplicates of herself, and Ziri can create four clones of characters like Elmir if they get hit and go backward.

This allows you to have multiple attackers and has one of the highest damages in any team that you can have in the game. You can then throw in a healer or more tanks based on your preferences.

Lars and Krista have the ability to mark enemies and it earns the rest of the team the advantage of dealing additional damage.

You can throw in a tank and a healer afterward based on whoever you have or like playing with, and you’ll have a very powerful team. Then in the end a healer would possibly seal the deal and take care of your defense too.

Nebula and Astaroth are great team players which work beautifully together.

Nebula buffs her entire party with her skills which automatically makes everyone stronger, while Astaroth is a great tank who effectively buys other characters the team to work on recharging their abilities without any risks.

On top of all of that, Astaroth even has a revive ability, which is a bit unusual for a tank but helps an awful lot. All of this combined with a good healer and support character will mean great success for your adventures.

This team is useful for early-level gameplay and becomes a bit pointless later on.

But if you find the game difficult and wish to level up without any issues – this is the team for you. Simply stock up as many support/heal-based characters as you can and then throw in one or two attack ones.

This will allow you to get through the early stages of the game and have enough money and experience to create something stronger for later on. It’s just very helpful if you die a lot.

Just remember that you should have 1 tank, 1 healer, and 1 DPS character and the last two slots are what you can spam with the second and third defensive options.

That’s it for our guide on the best teams in Hero Wars! We hope that you’re already on your journey to fight demons with these creative teams, and we’re here to answer any questions that you might have.

And while you’re here, make sure to check out some of our other gaming guides too. 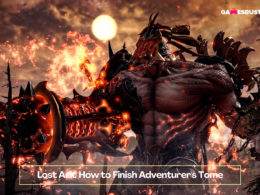