Ark: Survival Evolved is a solid video game about survival and it’s filled with all kinds of things that you see in the genre, such as farming your food, crafting houses and supplies, fighting off wild animals, and even going to war with rival players.

However, even though all of the aforementioned things are pretty fun to do in the game – the main thing that everyone plays Ark are the dinosaurs. Not only can you find dinosaurs in the game and observe them, but you can interact with them, tame them, breed them, fight them, and use them for traversal too.

And of course, you can even mount them with weapons and go berserk on your enemies. The concept is just as crazy fun as it sounds, so the first thing everyone tries in the game is to get a dinosaur on their side.

Of course, dinosaurs are living beings, and just like the playable character, they take damage and need to be healed. If you don’t know how to heal dinosaurs in Ark: Survival Evolved, you’d be delighted to know that there are a few different options available for that in the game.

If you don’t like one method, you can try another – eventually you’ll find the one that suits you best. So, let’s take a look at the best ways of healing dinos in Ark: Survival Evolved!

How to Heal Dinosaurs in Ark: Survival Evolved Fast

As briefly mentioned above, there are several ways of healing your dinosaur in Ark: Survival Evolved and we’ll go over each step as any one of them could be more convenient for you than the other.

Or maybe you’ll be able to use all of them at different times and enhance your chances of survival in the game!

One way or another, let’s begin.

Ark: Survival Evolved has many carnivorous dinosaurs and since they are beasts that are deployed in combat – it’s a no-brainer that they often need to be healed. One of the quickest and most common ways of healing dinos in Ark is to find good quality meat and then either serve it raw or cook it for better results.

Although most meatworks and what meat you feed the dinosaur should depend on its size, Prime Meat is something that players usually aim for since it’s very effective.

You can find Prime Meat by harvesting the corpses of large and strong predators, such as T-Rexes. After that, you can feed your carnivorous dinosaurs the meat and if you wish to cook it first, you can use a Campfire or an Industrial Grill to do it.

One thing that you should keep in mind though is that it might be overkill to feed Prime Meat to a smaller dinosaur since it will have a lower health capacity than what the Prime Meat is meant to regenerate.

Of course, not every dinosaur in Ark is a carnivore and many of them are herbivorous too. For those dinos, you need to find things that are not related to the meat of animals. For example, you can find Mejoberries and vegetables, which will heal them whenever they are harmed.

You can find Mejoberry seeds and plant them in crop plots, which eventually grow into fruit that you can feed your dinosaurs. Similarly, vegetables can also be grown in crop plots and then harvested through farming.

If you want to go the extra mile, you can also make a Sweet Vegetable Cake which heals much faster than other options and you can cook it early on in the game too. All that you need to do is to hit level 36, get a Cooking Pot or Industrial Cooker, and follow these steps:

Once the Sweet Vegetable Cake is cooked, simply add it to the dinosaur’s inventory and it will be automatically consumed when its health goes lower than 85% – which is very convenient. And of course, it can be manually fed too.

There is a plant in Ark: Survival Evolved called the “Plant Species Z” that you can find in the game’s Aberration DLC.

It’s a Large Crop Plot where you can find the seeds. All you need to do is to find a Plant Species Z plant and then you can obtain its seeds by standing next to it for 60 seconds, and it throws a seed out.

Grab the seed and grow it into a large crop. Then the fruit can be both used as a flash grenade and also something that you can feed to your dinosaurs.

It’s not the best way to heal your dinos but it works alright, and it heals them if they just stand next to it. On top of all of this, the glow of this plant also makes dinosaurs that are scared of light run away from it.

Arguably the very best method of healing dinosaurs in Ark is to use another dinosaur that heals.

The first dinosaur on this list is Daeodon which travels in packs and is pretty decent at fighting. But where the Daeodeon truly shines in Ark is that they release a pheromone in the vicinity of other dinosaurs and restore their health by a great margin.

This is incredibly useful in combat because whenever your dinosaurs get hurt, the Daeodon can always heal its health back and you can continue fighting.

It heals fellow dinos at the rate of 000.5 hp per second at the target of a dinosaur’s max health.

All that you need to do is to tame a Daeodon and add it to your flock, then you can get injured dinosaurs close to it and it will heal multiple of them at the same time. After healing fellow dinosaurs, the Daeodon does work up an appetite so always be ready to feed it a lot of food.

The Snowy Owl is a creature that can be found in the Extinction, Genesis Part 1, and Part 2 DLCs. It’s a carnivorous bird and is very good in combat – but that’s not the best thing about it.

Similar to the Daeodon, the Snow Owl can heal dinosaurs that are within its vicinity. But one thing that it does that others cannot, is that it can even heal itself.

When injured, the Snow Owl freezes itself in order to heal and it also freezes other creatures that are close to it. The health that it heals is at a pretty decent portion too, which helps a lot.

All that you need to do is to tame a Snow Owl, bring it close to injured dinosaurs, hold right-click and it will freeze your dinosaur and heal it.

One thing to note is that the Snow Owl heals faster if it’s at full health, so keeping it safe in the air within combat might be very helpful.

And these were the best and most effective ways of healing dinos in Ark: Survival Evolved. We hope that you found one of the methods useful (or all of them!), and since you’re still here, make sure to check out some of our other helpful Ark: Survival Evolved guides too.

Hero Wars is a game that everyone has seen at some point, even if they don’t know that.… 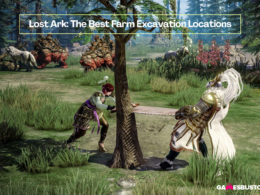 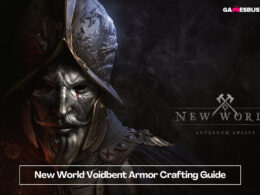 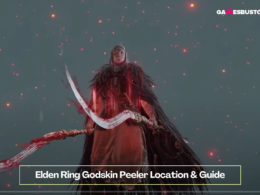