The crossbow is a deadly weapon in Minecraft. It can shoot arrows at fierce intensities, piercing through mobs and players alike. The weapon is a staple of the pillagers that come to raid villages.

The cool thing about these crossbows is that you can even shoot fireworks with them!

The deadly crossbow is a better weapon than the bow when you consider the DPS fireworks inflict upon the opponent in the game. That being said, this fatal weapon can become even more catastrophic if you use enchantments on it, like multishot!

Multishot is one of the most devastating enchantments in the game; it can be used for crowd control, unlike anything else. The capabilities that you get with multishot are just immense, so why not use this enchantment on your crossbow?

As the name suggests, the multishot enchantment allows you to shoot multiple shots simultaneously.

Simply put, you will fire one arrow from your crossbow, but three arrows will come out from the crossbow at the same time, 10 degrees apart from each other!

This enchantment works with arrows and rockets, so you can actually get rid of a lot of different mobs while using multishot. Not only that, only one arrow is consumed when you fire, but three arrows are fired off from the bow!

How to get Multishot enchantment

The Multishot enchantment is explicitly meant for the crossbow; no other item or tool can be enchanted with it. Due to its limited usability, it is tough to get it based on sheer luck. If you want to get the enchantment, though, you can use one of the two below given methods –

Multishot can be easily found if you fish long enough in a spot. It is similar to any enchanted book that you can fish from the ocean or Minecraft river. It is suggested that you build yourselves a simple AFK fishing farm so that you don’t have to sit staring at the water for something to happen.

Using enchanted fishing rods instead of normal ones ought to increase your chances of getting precious loot. Fishing in the rain will also help!

The librarian villager has multishot and can trade it for gems, paper, or books. The hard part is finding a villager who is making this trade. This can take a lot of time, but as villages are more common than ever in Minecraft, you can easily venture out in the world until you find one who is trading multishot.

You can also try setting up a villager trading hall; you can find many youtube tutorials on how to build one. They are relatively easy to make, and movie Minecraft players can build them. Once you’ve built it, getting any trade will be a lot easier than before.

Loot Chests can be easily found in Minecraft if you like exploring. There are many places where random loot chests will be available for you to raid, so make sure you’re always on the lookout for structures of interest when you’re out exploring Minecraft.

Multishot is one of the many enchantments you can use on your crossbow. 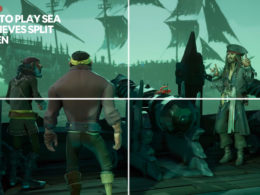 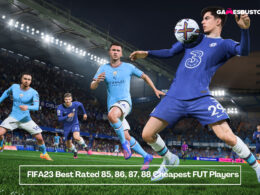