Genshin Impact is arguably one of the most inventory-dependent multiplayer games of all time.

Even the tiniest additions to your build can be extremely helpful to you in the game if they’re subtle enough. Having good swords (or any primary weapons, for that matter) in your repertoire can greatly overpower you, which makes it essential to pursue any top-tier Genshin Impact sword as early in the game as possible.

The Sacrificial Sword is one of the game’s most sought-after swords despite not necessarily being the strongest one. This 4-star sword’s desirability is justified by not only its stats and powers but also the lore behind it.

In Genshin Impact, even the most mediocre weapons have the kind of lore interesting enough to make them desirable. The Sacrificial Sword is the best of both worlds.

The Lore Behind the Sacrificial Sword

This sword was once borne by the Gunnhildr clan, which used it in sacrificial ceremonies. The ceremony involved three acts dedicated to the winds of time, with the final act emphasizing Mondstadt’s well-being and freedom.

And while the Gunnhildr clan continues to safeguard Mondstadt, the ceremony and its history are now only a distant memory.

It tells the story of protection and courage and is used as an allegory for the masters of Time and Anemo, who the Genshinverse’s ancestors worshipped. Their relation is summarized perfectly by the following quote: “Anemo brings stories while Time nurtures them.” It provides its wielder the power to endure the winds of time.

While it used to be a mere prop, its blade only continued to sharpen with the passing of time.

How to Get the Sacrificial Sword in Genshin Impact?

Sacrificial Sword is a part of the Sacrificial series, which consists of three weapons. All three of them can only be attained through Wishes or Gacha Rolls.

But that’s not all there is to the Sacrificial Sword. It also comes with a speed boost for Genshin Impact’s Epitome Summoning Banner, and thus increases players’ chances of getting their hands on it. This is why it’s ideal to invest in some Prime Gems or Entangled Fate.

Luckily enough, the Sacrificial Sword (despite its 4-star attribution) can be attained via Wishes at a normal rate. As of now, it can be pulled from any of the game’s currently active wish banners.

How Strong is the Sacrificial Sword?

It’s one of the fiercest common swords in the game, and its stats completely justify the 4-star rarity rating. The sword goes up to 454 base ATK after being maxed out to LVL 90. The 61.3% increase in reload rate skill is the weapon’s secondary stat.

Before the sword reaches LVL 90, leveling up the sword boosts even your other weapons.

To max out the weapon, you’ll have to go through the six following ascents for it:

Stats Per Every 20th Level

In games like Genshin Impact, the weapon alone isn’t going to do much if wielded by an unsuitable character. Some characters’ builds and skills fit certain weapons much more.

The same is the case for the Sacrificial Sword, which, too, needs a character compatible enough to make the best use of it.

While the Sacrificial Sword is a 4-star weapon, it’s actually one of the most commonly pulled weapons of its class.

It can be pulled through all the wish banners, and for a weapon so common, it’s formidable enough in terms of both the gameplay and the lore. It’s also recommended to use it for suitable 5-star characters like Qiqi and Xingqiu.

With the right character wielding it and reaching the max level, this sword becomes one of the strongest swords in the 4-star tier.

We hope this article was helpful and informed you of everything you need to know about the Sacrificial Sword. Make sure to check out our other articles and guides on Genshin Impact and other games while you’re still around. 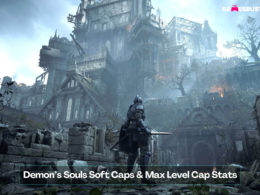 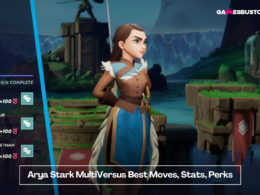