The Monster Hunter franchise is always known for the wide variety of gameplay choices that it offers to its players, and Rise is no exception.

Featuring 14 different weapon types has always been a pretty ambitious thing to do and it can be a bit overwhelming for a lot of players since not only does it hard to know which one is the best to use – the balance changes every time there’s a new Monster Hunter game too.

Every weapon has its own pros and cons as none of them are useless in any way. Instead, it’s based on the personal preferences of the player in terms of how they wish to play the game. But not all of them are created equal and that means some weapons are indeed more advantageous than the rest in certain regards.

And figuring out what a weapon does can take quite a bit of time.

Luckily for you, we’ve created a thorough tier list of the best and worst weapons in the game so that you don’t have to spend the time testing them out yourself.

Keep in mind, though, that the list may vary from the interpretation of other players and updates often change the balance of the game too, so take this list as subjective. Without wasting any more time, let’s get right into it!

The Switch Axe is not as straightforward as some of the other weapons in the game and it requires training to be used properly.

However, the dual form that the weapon offers is a great advantage to have by your side since you can use both the axe and sword forms of it during its combos.

While the sword mode takes some time to regenerate after long-term usage, the axe form is not less helpful in any way and it has one of the strongest attacks in the game due to the immense damage potential offered to the player.

The Longsword has always been one of the best weapons in any role-playing game, and it’s something that has been consistently high on tier lists with the Monster Hunter franchise too.

It’s a very no-nonsense long-ranged melee weapon that allows players to deal a great deal of damage while still having enough room for decent movement.

While the weapon is very beneficial in the long run for players getting more experienced with it, it’s still one of the most straightforward weapons that you can use in the game if you don’t want to go through the learning curve of more complex things.

When the game was launched, the Bow was ranked very low by most tier lists due to the fact it did not seem very useful early on. But that was only because players hadn’t given it enough time and thought at the time.

The Bow is one of the most effective weapons in the game. If a player is able to master the weapon, they will find it very useful – perhaps far more than others in the game.

The Nargacuga Bow in particular is very strong and its Aerial Aim ability is very helpful if combined with a good Piercing build, providing great damage potential to the player.

The Light and Heavy Bowgun weapons in Monster Hunter are always present for those who like a bit of firepower by their side rather than conventional close-ranged swords.

Not only are these very damaging, but they also provide a great amount of range to the player too – which is particularly useful in co-operative multiplayer since you can be a support player for your squad.

As the name implies, the Light Bowgun allows players to have more mobility and lighter weapons to use against their foes, while the Heavy one has slower speed but allows more damage and weapons with far more weight.

Both are great for long-ranged combat and support, and which one to pick is based on what the player prefers to play with rather than any specific advantages.

The Charge Blade is like the Switch Axe in many ways, but at the same time quite different.

It has two forms and one of them is unlocked by filling a specific meter that it comes with. The new form is basically like a giant battle axe and it deals an exceptional amount of damage.

The reason that it isn’t S tier is because of the time it takes to master this weapon, and even then, you can easily mess up certain inputs at times and that makes the meter harder to fill, making it less effective than some other options like the Switch Axe.

For those who like style, the Insect Glaive is back as usual. You get the best mobility out of every other weapon in the game and its moves are less about damage and more about looking cool with your gameplay – which specifically includes a lot of aerial combat too.

From the description, you must have guessed already that the weapon is not easy to master and that you will need to compensate for the low damage with a lot of precise movement so that you end up being useful nonetheless.

It’s a weapon made for a specific type of gamers and they will be very satisfied to use it.

The Great Sword is not as useful as the Longsword, but it’s something that has appeared in every single game in the series.

While its attacks are a little slow, they can deal a lot of damage if you use them properly and it’s one of the most beginner-friendly weapons that you can use in Monster Hunter Rise.

Something that specifically helps make the Great Sword a good choice in Monster Hunter Rise is the fact that you can use the all-new Wirebug to charge an aerial attack too, which adds a whole new depth of how you can attack your enemies.

The Gunlance is a very interesting weapon as it’s kind of a hybrid between weapons that you shoot with and those that you attack within a melee range.

It deals a lot of damage to make up for its slow gameplay speed and it has some really cool combos that players can pull off if they practice enough with it.

It’s one of the few weapons that are equally effective at destroying an enemy’s defenses while, at the same time, dealing a great amount of damage right away. So, tank players will have a great experience with it.

The Hammer is another great tank weapon that allows players to hit enemies with a great deal of damage to compensate for its lack of mobility. You can charge it up to deal even bigger damage if you’re willing to sacrifice your stamina for it and then use extremely damaging combos on your enemies.

The only issue here is that it’s easy to mess up your strategies with this weapon since it’s important to go for the weak spots and if you miss, you will be at the monster’s mercy for some seconds.

Lance is like an inferior version of Gunlance, but it’s a great option for players who want to have a defensive shielded option available at all times.

And unlike some of the other weapons in this tier list, it’s very easy to use too for new players – although the lack of mobility is still present.

There’s not much of a reason to use this weapon over the Gunlance aside from preferences, so while the former is recommended, you should not hesitate from using this variation either if it’s more suited to your style.

You would expect a weapon that offers an equal amount of offensive and defensive options to be higher on the tier list, but unfortunately, it does not work too well for how Monster Hunter works since the game is more focused on dealing damage than defending yourself for the most part.

But for players who still want to play in that specific playstyle, they will not be disappointed as it’s still something that isn’t half bad and allows you to defeat even the strongest of monsters.

So, don’t shy away from using this but keep in mind that if you’re new, it’s going to be far more challenging than it’s worth.

Similar to the Insect Glaive, this weapon is more about style than having an advantage in terms of attack, defense, or damage. But it’s cool to use it because you get to dual wield the blades – and that, for many, is worth the disadvantages that come with it.

You can apply status effects and elemental damage on the weapon to deal extra damage to certain monsters that you’re about to face, and it has a decent amount of damage potential if you are willing to practice enough and unleash the true power of moves like the Demon/Archdemon modes.

That wraps up our guide for the Monster Hunter Rise Weapon Tier List and we hope that you finally know what weapons are best suited for your specific playing styles.

As usual, we’re here to listen to any questions that you might have and while you’re here, don’t forget to check out some of our other helpful gaming guides too! 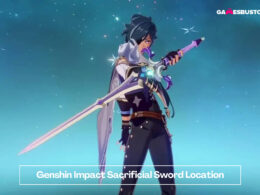 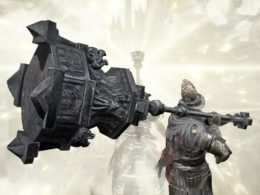 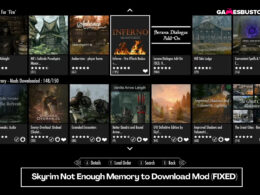 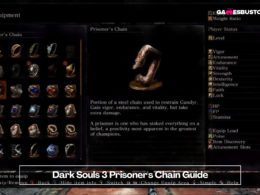