Companions in Pathfinder: Wrath of the righteous are crucial for well-optimized and rounded gameplay but with recent updates, these classes of companions have less influence on their ranking now because players can easily respec any character without cost.

Moreover, companions are now valued more for their personalities than the power they possess in the game so in a way, a ranking should still be valid provided you choose the companion with a personality similar to your gameplay

There are a variety of benefits you can get from specific companion abilities in Pathfinder: Wrath of the Righteous.

It can be difficult to choose which companion to include in the small party since the game has so many companions. We have compiled a list of Best Companions in Pathfinder: Wrath of the Righteous for you.

Check out the list below and choose a companion according to the characteristics you prefer.

Daeran is the best healer in Pathfinder. As healer types, one might expect them to be aligned with the good moral codes, but Daeran is the very opposite. A member of the Oracle class, Daeran possesses a Neutral Evil alignment.

His first appearance will be during the Arendae Party house quest. You will not have to rest much when he accompanies you and he will keep you in shape during your fights. Daeran can summon help to assist you during combat.

Arueshalae is an excellent companion because she has a variety of support spells and high DPS. Arueshalae was essentially a bad girl who changed her ways. Under the false pretense of earthly pleasure, she murdered many people as a succubus or demon.

But now, she fights against her kind in the Crusade as atonement for her sins. In addition, her alignment is chaotic neutral and she has a Ranger class. Furthermore, after finishing the Demon’s Heresy quest, you can have her as your companion.

Woljif is a kind of poster boy who is crafty, clever, and witty. Every banter he engages in is entertaining and his quests are exciting and thrilling. In Woljif’s case, he is Chaotic Neutral and belongs to the Rogue class. If you use the right Woljif build, he can be a great tank.

His spells will help you a great deal in big battles, as he has crowd control spells in his arsenal. Woljif can be found in the basement of Defender Heart where you can make him your companion.

As Delamere is an undead Ranger in some circumstances in Pathfinder, she is one of the most unique companions in the game. She belongs to the member of the Undead Prowler class.

Although she is very strong because of her high DPS, she lacks access to any spells, which is her main drawback.

A mythic companion such as Delamare can only be gained by choosing a specific path. Choosing Lich as your mythic path will make her your companion.

Due to her obsession with scientific experiments and research, Nenio is considered a polarizing character. First of all, her Wizard spells are among the most devastating and useful in the game.

Initially, you will run into Nenio in Kanebres randomly. There are very few companions in the game who are wizards but the abilities she possesses are really strong and useful, which makes her a fantastic companion.

Lann athleticism and mobility scores rank among the highest in the game, which makes him a valuable asset for checking every crack and crevice. It’s impressive how well he handles a bow, and he provides very effective ranged DPS.

Lann belongs to the legal neutral alignment. Moreover, in Kanebres Underground, you’ll find Lann. During the early chapters of the game, he will be one of the best companions because he has a solid reputation for being reliable.

It is more or less impossible to find a companion as unique as Finnean. He is considered a talking weapon because his soul was fused with an extremely powerful weapon. In addition to his ability to transform into any type of weapon, he is very versatile.

In this sense, Finnean is among the most useful or most plentiful companions in the game. For making him your companion, find him at Wonders Shop and Ancientries.

Ember is the best companion a player could wish for. A good neutral alignment character, Ember is of the Sorceress class. Her words and actions are full of positivity and benevolence.

Her ranged DPS isn’t very good, but she can do decent damage with her spells.  After rescuing Ember in Market Square, you can make her your companion. You won’t be able to recruit her if you don’t save her before the attack on Defender’s Heart.

A unique aspect of Regill is that he is competent in a variety of roles, without being a master of one specific role. Regill is exceptionally useful at the beginning of the game. Regill belongs to Hellknight class and has a Lawful Evil alignment.

Regill character’s level status is immune to negative level effects, which is rare because only a few companions have this ability in the game. He can therefore be an effective tank.

If you are looking for a dedicated party tank, then Seelah will be more than adequate. Her alignment is lawful good and she belongs to the Paladin class.

Additionally, her morals and characteristics make experimentation difficult, but you can change her class. You will need to play with Seelah for quite some time as she has decent DPS and she is the first companion you will encounter.

There are many backstories, skills, and histories that make every companion interesting and unique, and everyone plays a part both in and out of battle. You can reap the benefits of picking great Pathfinder companions both literally and figuratively.

We have presented the list of best companions in Pathfinder. Moreover, every companion is distinctive and interesting; just choose the one which seems the best fit for your role. 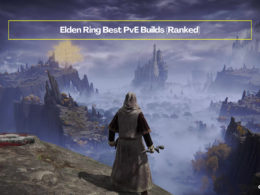 Minecraft is quite possibly the most versatile game ever made. Your creativity can be truly let loose and…