One of the most unique classes in Pathfinder: Wrath of the Righteous is Bloodrage. It’s sort of a mixture between Barbarian and Sorcerer class due to their similar rage abilities. However, there are quite a lot of differences too.

For example, the Barbarians base their powers on Constitution, Strength, and Wisdom. On the other hand, Bloodragers have some Sorcerer aspect to them due to their connection with ancestors.

Bloodragers also use Charisma-related abilities and are classified as spontaneous casters. This guide will teach you how you can build your Bloodrager guide from zero to hero. So, let’s dive into it.

The Bloodrager Class – Creating the Character

Here are some Abilities to consider when crafting the ultimate bloodrager class in pathfinder: wrath of the righteous.

A Bloodrage can have all the abilities but without strength, he won’t be able to constitute the best damage that he can. Bloodragers are monsters with weapons, however, their brutality with weapons depends on their strength. The more the strength, the more damage you’ll be able to provide.

As Bloodragers are a mix of Sorcerers and Barbarians, their ability to form a nice relationship with guiding spirits depends on the charisma point.

This rogue is popular among the Slayers, Rogues, and Ranged Fighters. Moreover, Dexterity isn’t as important to the Bloodrage class as to the other classes but it is super-helpful. If you want to increase your dodge rate, this skill is worth improving since it can become really valuable later in the game.

Constitution is basically hit points and you should focus on this skill if you have a particular party role. A good rule of thumb would be to make it equal to Strength skill for the best possible results.

In the middle of a war, Intelligence is what separates winners from losers. However, I’m afraid this skill isn’t that important for a Bloodrager unless you want to learn non-spontaneous spellcasting.

Wisdom is another skill that isn’t important for a Bloodrage due to the nature of this class being closer to the Barbarians. However, if you plan to multiclass with other wisdom-based characters, you should definitely give this one a go.

When we talk about characters in Bloodragers, we are looking at characters from different races. So let’s explore all the races that you can choose when building a Bloodrager class.

An interesting choice of race since their Heritage choices are interesting. Aasimar race will give you a bonus in the last two or three of the most important Bloodrager Abilities. It’s the most common choice for most people out there.

Dhampir is sort of like double-edged swords. Their heritage choices have a buff boost on some abilities. However, on other abilities, you might be penalized too. Dhampir is the most tricky class and it’s difficult to heal them since they only react to negative energy.

If you’re looking for a front-line warrior/fighter, Dhampir is definitely not the best choice.

This class is pretty interesting, Containing a nice bonus, the Dwarf race will make the best Barbarian since they’ll be penalized if you focus a lot on the Charisma skill. All in all, a good choice for the Bloodrager class.

Elves are intelligent. The Elf race in Pathfinder contains bonuses to Dexterity and Intelligence skill points, however, they can’t really offer much as a Bloodrager.

Another hard choice to make, even though Gnome race has a penalty to Strength ability which isn’t ideal, their bonuses to Charisma and Constitution make them an interesting choice. By using the powers of their ancestors, this race can be a good choice.

The half-Elf is a great choice since it gets a +2 bonus to any ability and they have a handful of other abilities like immunities, enhanced senses, and more, making them ideal Bloodragers.

Half-Orc, like Half-Elf, will give you a +2 bonus on any ability with the addition of weapon proficiency, resilience, and a lot more making it the most ideal race for Bloodragers.

Halfling has the penalty to Strength and even if they give you boost in Charisma and Dexterity, it’s just not worth it for a Bloodrager class.

An optimal race that is used in most RPGs, Human gives a bonus to Ability score along with other extra skills.

Kitsune has two choices in this race. However, both have penalties to the Strength score. Kitsune class gives bonuses to Intelligence and Dexterity scores, making them ideal Mages or Rogues.

Similar to Kitsune, Oread has two choices as well. But you should be careful since it contains a penalty to the Charisma score.

One of the most successful races in building Bloodrager, Tiefling gives a bonus to Charisma, Constitution, or Strength.

The Subclasses in Bloodrager Class

Here are some of the most solid sub-classes to throw in when making the perfect bloodrager class build.

The badass expert of mounter combat, if you’re looking for a Bloodrage that wants a ride, then Bloodrider is the ideal choice.

This subclass has the ability to summon animal friends and by giving them Rage powers, you’re able to do a lot of damage.

Having a mixed bloodline, you’ll be able to achieve all types of powers and abilities.

Tapping into the ancient traditions. Primalist mixes its bloodline and combines them with traditional rage powers.

Due to the nature of Pathfinder being fighting demons, the Reformed Fiends are an interesting choice since it’s also restricted by the Tiefling class.

Spelleater has a lot of healing abilities, mixed with other related talents.

Steelblood is all about defense. They have the ability to choose what armor they can wear. That’s why Steelblood is an interesting subclass for the Bloodrager class.

The Bloodrager is an interesting yet unique class. It’s also backed up by some awesome abilities that’ll give you great combat guides. I honestly think you can have a lot of fun with this class and the experience is similar to playing a Barbarian.

On the other hand, some aspects of this class also relate to Sorcerer class so you can imagine that there’s a middle ground that you’ll have to choose at some point.

If you’re confused about what race to choose for the Bloodrager class, I’ll recommend you to either go for Half-Orcs or Half-Elves. Both will give you greater benefits as opposed to others.

My honest opinion would be to become a melee expert first and slowly transition towards spellcasting. 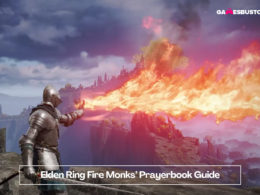