Last year on 26th May 2020, Mojang studios released the much-awaited Minecraft Dungeons to the masses, and it was an instant hit. Minecraft is known to be one of the best games to ever exist, and a new game with the same name and branding will surely garner attention.

Minecraft is a sandbox RPG, and most are happy with what it is, but many players wondered what it could be. And these players are the ones who got excited for Dungeons in the first place.

What is Minecraft Dungeons?

Simply put, Minecraft Dungeons is an action-adventure dungeon explorer game, and the goal is pretty simple, explore the dungeons! The game isn’t limited to exploring dungeons and maps though, there is a lot to be unpacked over her, so let’s get right into it.

Minecraft Dungeons won’t be like your standard Minecraft experience; the game isn’t about surviving and building a base. In fact, it is, more like an RPG where you have to kill and loot to gain more experience and unlock new and exciting levels. Basically, it is a dungeon crawler game.

Minecraft dungeons aren’t reinventing the wheel with this one; the game is pretty similar to many other dungeon crawlers out there.

But the mobs and the enemies that you fight are from the same Minecraft universe that you love. There are creepers, chickens, skeletons, and lots of other customs mobs that’ll come to kill you.

The game has many levels that you have to progress through to complete the story. The story of Minecraft dungeons is a cannon concerning the Minecraft game. So that means everything that happens in the Dungeons game is actually canonical to the main game.

That is really exciting as Dungeons has some fascinating characters and stories.

The game is basically about completing the various missions the game throws at you. This mission can range from killing a specific mob to rescuing villagers from a fire. When you initially start the game, the tasks are very linear and boring, to be honest.

But once you start making progress, more challenging missions come your way, and these missions are really tedious to complete. They aren’t dull, and you won’t have to grind either, but they are really hard as they require you to have a specific skill mastered.

The game has many interesting weapons, so you can create your own battle strategy and use different weapons with different effectiveness. The enhancement system is slightly different from the original game. Still, it is a perfect fit for the Dungeon crawler set.

Is Minecraft Dungeons worth buying?

It is absolutely worth buying! The game takes its art style from Minecraft, which is very iconic and will get you hooked immediately. The game has a lot to offer to older players, even though the game was designed for small kids.

The game primarily focuses on the story, which is pretty basic. An illager is shunned from his village, then he wanders the land and finds something that makes him powerful. Now, he’s out there conquering all the lands, and it’s up to you to stop him.

The game is pretty fun when you play with friends. And the game actually encourages you to play with friends as the bosses, and the enemies get really hard sometimes. However, there is a difficulty slider that you can use, but most of the time, playing on the hard mode will be the most fun.

Tap here to get Minecraft dungeons

The game isn’t challenging per se, but it isn’t easy either. It definitely requires you to become skillful in using the controls. Minecraft Dungeons is a unique spin at what Minecraft is and it is probably the best Minecraft Spin-Off game! 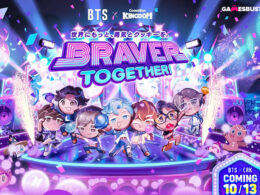 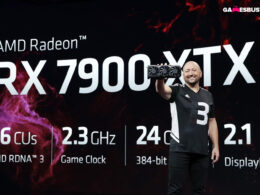