League of Legends’ ever-evolving meta has become one of the world’s most beloved topics.

That’s part of the reason why everyone loves that game, it keeps things super fresh! Though, now that 2022 is here, we need to talk about what’s up with ARAM! Here’s the list of the best ARAM Champions in 2022.

[READ] Is League Of Legends Cross-Platform?

Here are the latest rankings for LoL ARAM champions by GamesBustop editors.

Xerath should be your go-to pick when it comes to range damage, especially if you’re willing to poke the opponents into submission! Xerath is one of the best supports in the game, providing a ton of magical damage to opponents while keeping the scope going!

Maokai is the best tank in ARAM for League of Legends. There’s no disputing that for sure. The thing that makes Maokai stand out in ARAM though, is the fact that their ability Sapling Toss will deal way more damage in a brush.

Brushes are completely unavoidable in Howling Abyss. So Maokai can go on tanking damage, while also dealing more damage than usual and keep the game running in your favor!

Kog’Maw needs some leveling up before he can get into the groove of the game.

However, ARAM always results in much faster matches, and with that comes much faster leveling up for Kog’Maw. This means that Kog’Maw becomes one of the best high-ranged damage dealers in the game.

Kayle is kind of the same as Kog’Maw in the regard that she needs time to level up and in the end game she becomes an absolute monster.

ARAM matches result in much faster leveling for Kayle and characters like her, which results in some of the most destructive Kayle plays that you can find.

Heimerdinger’s entire gameplay style in ARAM revolves around his ability to keep control of a certain area thanks to his insanely powerful turrets. These turrets can keep enemies from pushing aggressively towards mobs or other players, so keeping farming in check while the team picks up the carrying.

We know that Sona always works well when she can corner an enemy and start throwing multiple spells her way.

This works so much better in ARAM, simply due to the fact that ARAM maps are much smaller, which means that enemies have way less room to maneuver around Sona’s damaging spells. Not to mention, her kit is pretty awesome for ARAM too!

If you’re looking to deal devastating amounts of damage and frustrated the life out of your opponents; look no further. Vel’Koz has way too much damage for a range champion, the fact that you can’t avoid his spells is also a huge reason for player frustration.

The maps are smaller, and his attacks are varied and have a lot of range.

This is why Vel’Koz is by far one of the best champions for ARAM. Furthermore, his ultimate can quite literally one-shot you if you’re not buffed or careful, and he starts doing way more damage when you’re attacked by one of his skills. It’s a lose-lose against Vel’Koz.

Everyone’s favorite Centaur has much less room to run around in ARAM, which means she has way more room to be absolutely devastating in combat.

She’s by far the best offensive support in ARAM, every skill shot that Lilia lands will charge her ultimate, which will then deal damage and sleep to all those opponents who were hit by said skill shots.

This is basically a game-changer if you have some hard-carry champions on your team, you can essentially sweep the whole game within a flash and your opponents won’t even know!

Now when it comes to Ziggs, things are way different than you would expect. Ziggs has one and only goal in ARAM, to cause as much damage to the opponents as possible while causing as much chaos on the map as he can.

It’s crazy how much damage Ziggs can deal, not to mention how annoying and frustrating his poke can be for most opponents. The thing that makes Ziggs the best damage dealer in ARAM though, is his ultimate, which is by far the best AoE attack in ARAM at the moment!

Last but certainly not least is Seraphine, who sweeps the competition with outstanding style and artistry.

Our favorite Pop-Star can do essentially every single thing that Sona does but in a much better and much more efficient way. She deals more damage, she is faster in her attack speed and she can corner enemies and obliterate them with constant spells. 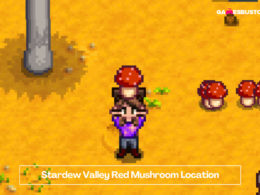