League of Legends is a name that has proven to the world that video games are not only fun to play but to watch too. It’s one of the biggest games in the Esports industry and has a massive viewership on both Twitch and YouTube alike.

Not only that, but we have thousands of people who watch professional LoL players compete in real-life stadiums too, which is always a sight to behold.

Since there are hundreds of YouTubers who play LoL, it gets hard to find the best ones. After all, you can only tell which YouTubers are the best if you watch a bunch of their content – which is very time-consuming.

Fortunately for you, we’ve taken the time to collect the names of the best League of Legends YouTubers in 2022. So, here’s our ranking of the best LoL YouTubers that you need to be watching right now!

Every competitive player needs to have constant information about the latest characters in League of Legends. And this also includes knowing what every new patch does to the game since characters are constantly nerfed and buffed for balancing reasons.

This channel talks about every new update to the game, such as new champions, new skins, tier lists, and even patches. And aside from videos that teach you about the changes to the game, there are also many guides that players can benefit from in order to become better players.

It’s an all-rounder type of YouTube channel that every League of Legends player needs to be subscribed to because there’s almost nothing related to the game that you won’t find here.

Sp4zie is a YouTuber who regularly makes League of Legend videos in which he offers critique about the latest things in the game, which includes everything that you need to remain updated.

However, he does make other types of videos too such as showing off cool gameplay or talking about his experiences.

What sets his content apart from the other YouTubers is that he focuses less on things like giving you new updates about the game’s tiers. Instead, he usually shows off cool sets that he figures out and other players can note down the information and experiment with it themselves too. So, you get to watch, enjoy, and learn – all the while enjoying a contagiously cheerful personality.

And if you ever get a bit bored of the League of Legends content – there’s a lot more to watch on the channel whenever you’re in the mood for something different.

A lot of official channels for video games are not very useful and only have a limited amount of information available. However, there’s a very good reason that the official League of Legends YouTube channel has over 14.5 million subscribers!

That’s because the channel has lots of information about everything new that gets added to League of Legends, such as character skins, new updates, and new champions.

On top of that, you can also find announcements and recaps for all types of different things related to the game, which includes tournaments too.

So, every League of Legends player should be subscribed to the official channel of the game if they want to effortlessly receive the latest news and updates about the game in one place. And the fact that it comes straight from the people who run the game is always a plus.

If you’re a competitive League of Legends player that wants to know every time his champions are going to have changes made to them – then Phreak is a very good YouTube channel to be subscribed to.

Although some of the other channels on this list include patch information, only Phreak covers them in excessive detail.

You’ll find all kinds of information on this channel about patch updates and how they affect every single champion in the game.

And if you play other competitive games that work similarly to League of Legends, chances are you won’t have to go to a different YouTuber for those either as Phreak covers a bunch of other games too.

If you need a break from all of the serious League of Legends content that includes streaming and gameplay tips – then you might want to check Instalok out. Sitting at 1.31 million subscribers, this channel exclusively makes music videos using video games, which is mainly League of Legends.

Not only does this YouTuber make the aforementioned cool music videos, but all of the music on their channel is in fact original.

Instalok creates song parodies of existing viral songs, so the tune is always good enough to be listened to as regular gaming music. And of course, if you start focusing on the lyrics, then you’ll be able to have a good laugh too!

The YouTubers recommended on this list thus far (with the exception of number 3) are meant for players who already know what they are doing and wish to remain updated with every change made to the game.

However, there are people who are new to the game and want to find the perfect YouTuber that will guide them through the ranks.

Skill Capped Challenger LoL Guides is the perfect YouTuber for newcomers and beginners alike, as they cover all the necessary information regarding the game.

You’ll find guides that will teach you how to play the game, point out OP combos and teams that will make the game easier for you, provide all kinds of tips that will help you improve your gameplay style.

If you’re looking for a YouTube channel to watch that features casual plays of the game with fun conversation and impressive gameplay techniques – Protatomonster is where you need to be.

This channel is not operated by a single person, and instead, you get to watch tons of different people play the game, talk about it, and pull off some cool tricks every now and then.

It’s a great channel that you can watch to familiarize yourself with the community and it’s perfect for passive viewing too as you can grab a snack or two and see how others are playing League of Legends.

If you’re used to the term ‘League of Legends montages’, then this channel will feel like home.

If you’ve been a League of Legends player for a while, then you must be familiar with the name T1 Faker. And for those who don’t know, he is one of the best players of League of Legends and has won many tournaments over time.

He’s a very popular professional gamer in the world of Esports and although he belongs to Korea, he still managed to make a big name for himself in the rest of the world too.

The channel is officially run by him and features frequent uploads that teach players how to play the game like a pro. And for those who simply want to see him play as a fan, they won’t be disappointed with the content either.

And of course, for anyone who wants to see quick proof of his fame – this channel has 1.3 million subscribers and continues to grow more every day.

And that’s it for our list of the top League of Legends YouTubers in 2022!

This list is ranked, but every single entry that you will find here is worth your time. Whether you want to see guides, information on the latest changes, or professional plays – our recommendations has covered it all.

Feel free to ask any questions that you might have, and while you’re here, make sure to check out some of our other useful gaming guides too! 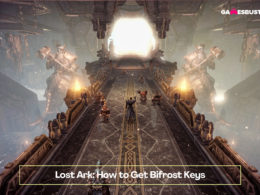 Lost Ark has a large world that is filled with many different regions, each complete with its own…

Much like its previous installments, Dark Souls 3 is a difficult game that requires precision and focuses to… 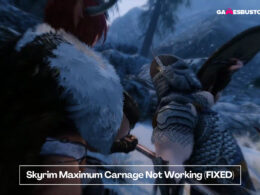 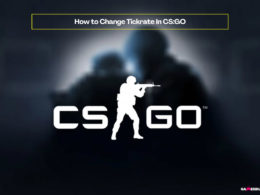