The name change came on the first anniversary of the game. Since then, the game has only increased its foothold in the mobile gaming scene. Within the first four days of the release, fans downloaded the game a whopping 10 million times!

The gameplay is pretty straightforward for any Pokemon fan; your Pokemon battle it out, and the one who stays standing at the end wins. The Pokemon master’s gameplay is a bit different, you are fighting in a 3v3 setting, and just like any other Pokemon game, your Pokemon has four moves.

The gameplay is smooth, and there are little to no flaws in the game’s mechanics, hence its sheer popularity.

Pokemon masters have a story mode and a multiplayer mode as well. The game lets the player battle or recruit some of the most prominent trainers from the main series games. This is an excellent way of hinting towards the past games. The story takes place on the artificial island of Pasio, or the Pasio region as some like to call it.

Here you have to become the champion, and the story and the path to becoming the champion is standard Pokemon stuff; you have to collect badges and battle trainers on your way.

Unlike other Pokemon games, Pokemon Masters also focuses on the trainer; the duo of trainer and pokemon is called a sync pair; your goal is to level them up. After you reach a certain level, you hit a level cap. When you hit this level cap, you’ll have to use various items in the game to unlock the next tier.

After you reach the last level gate, you’ll need a Gym Leader Note to get the max level in the game. You can level up your sync-pairs by battling with others and giving them various items the game has to offer!

How to get Gym Leader Notes in Pokemon Masters EX!

So if you’ve reached the last level gate and want to max out your level, you’ll need leader notes. But these items are hard to get a hold of, but don’t worry; we’ll show you how to get these coveted items quickly!

If not, don’t try this method. It’s pretty expensive and inefficient!

You can complete super courses and get your hand on the gym leader notes. To do this, simply go to the events section, and there will be a lot of new events happening every day. You just need to do a super course and win there.

On winning, there is a 50% chance of getting a gym leader note. 50% is a significant number, your odds are plentiful here, and if you’re going to max out your sync pair, you might as well be prepared to rake on more challenging enemies.

Note – You won’t get any gym leader notes from coins and level-up super courses. Instead, you’ll have to do tech, support, and strike super courses if you want to have a chance of getting these notes. Also, the course should be super hard only; you can unlock them by doing normal and hard courses first!

Co-op hard missions (Brock, Flint, etc.). These hard co-op missions have a 10% chance of rewarding you a gym leader note. It may sound shallow, but to be honest, this is the most efficient way of getting gym leader notes.

You already know what sync pair Brock is weak against, so you can use them, and the team members you’ll get will know that too. So it should be an easy win every time. And if you grind for 2-3 hours, you should get tons of gym leaders’ notes, even if you’re unlucky that day.

Co-Op Hard Missions– Co-op hard mission should be really easy for those who have reached the level cap. There are various sync pairs that are strong against Brock, so you should get a decent loot. Using Korrina and Lucario against Brock is a universally known truth, almost every player you team up with will have the same sync pair.

Exchange items in the exchange menu – Though this is the most straightforward method, it is really expensive and not all players have 100s of skill capsules just lying around. Besides that, the conversion rate isn’t good at all, in fact, it’s not even decent. You only get one gym leader note in exchange for hundred skill capsules.

Limited Time Supercourse events- These events are a great way of getting those notes, but as the title says, these are limited time only. And getting them every day will be hard, but when you get one, make sure to capitalize on the opportunity, who knows when you might get another. Also, play the event on super hard difficulty only! 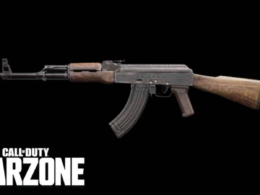 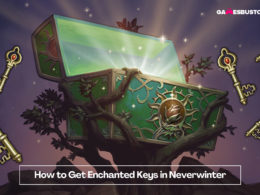 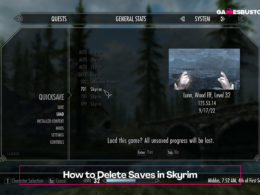