When it comes to cool-sounding Pokemon to catch, types like Electricity, Water, Ice, and Fire are what immediately come to the minds of most people.

The one type that is undoubtedly just as good as the others in terms of stats but often overlooked – is the Grass-type of Pokemon.

If you do give the Grass-type a chance, though, it’s easy to see right away that there are a lot of super cool Pokemon that come under this category with their unique abilities and high stats.

And as usual – we have the hybrid types too that combine with Grass and make some of the most effective combos that you can use in the games. There’s a good reason that with Pokemon Red, Blue, and Green – players can begin their journey with a starter Pokemon of Grass-type too.

Top Grass-Type Pokemon to Use

In this guide, we’re going to take a look at the 10 best Grass-type Pokemon to use – from all the different generations of the long-running franchise. So, let’s get to the list right away!

Chesnaught is a more recently introduced Pokemon and is a fighting-based Grass-type that looks like a hedgehog. Its best attribute is the defense that it brings to the table – as it can survive some of the most damaging attacks that enemies can inflict.

However, while the best thing it has to offer is the base defense stats, it’s pretty good when it comes to attacking too, and has some of the highest base stats that you can find around.

It’s kind of an all-rounder Pokemon if you don’t care too much about speed.

Rillaboom is the final evolution of Grookey and is an absolute tank as you can tell based on its appearance.

Its signature move involves beating a drum which both deals damage to the enemies and also weakens their speed stats temporarily.

Not only that, but it even has support-player capabilities since it can use the ‘Hidden Ability Grassy Surge’ that boosts all fellow Grass-type Pokemon in the party. Oh, and it even has a Gigantamax form!

Flapple is an extremely recent Pokemon that is considered one of the best Grass types that the series has to offer. It is an evolution of Applin and has a very high number of Defense, Attack, and Defense stats. Its Sp.

The attack is only slightly lower than the other things mentioned.

It’s a great all-rounder Pokemon to add to your team and certain moves that other Pokemon share with it, such as Gravapple, hit much harder when used as Flapple.

Venusaur is one of the most well-known and useful Grass + Poison-types in the Pokemon universe.

It’s the final evolution of the Bulbasaur and can be evolved into Mega and Gigantamax versions as well if you have the right games. Its balanced base stats make it one of the best all-rounder Pokemon as its Sp. Attack and Sp. The defense is quite high.

And if you put the right effort into nurturing it – you can end up achieving particularly high statistics for most of its attributes thanks to its dual Grass and Poison combination that can learn a lot of different moves.

Ferrothorn is a fairly recognizable Pokemon and has a combination of Grass and Steel types. You know what that means – it has high-damaging stats and at the same time, has some top-notch defense too.

It does have a flaw, though, similar to number 10. And that is the fact its speed is quite low as a result of everything else being so high. Gotta keep the balance.

We’ve talked about a lot of defensive and offensive Grass-type Pokemon on this list that suffers a bit in the speed department.

Now, here’s Sceptile – a Pokemon that is perhaps the fastest Grass-type that exists thus far and has generous Sp. Attack stats too.

It’s best known for its ‘Leaf Blade’ move that has 100% accuracy within its attacks, and it also has a Mega form that combines the Grass-type with Dragon and receives a significant boost for all of its stats.

All in all, it’s a very rewarding Pokemon to have by your side if you don’t mind being a little patient with the evolutions.

Tapu Bulu has a lot of lore behind its existence, as it’s the guardian of an entire Island. It’s a legendary Pokemon that is a combination of the Grass and Fairy types and has the unique ability to control vegetables and their shape.

Of course, we’re not here for the story – so you’re in luck. Because it has extremely high stats of attack and defense which makes it one of the best Pokemon that you can use.

And of course, since Tapu Bulu is supposed to be a deity – its most notable move is strong enough to take out half the health of its enemies straight away.

Kartana is a very unique Pokemon, as it looks like an Origami figure that has swords attached to it. It’s a combination of the Grass and Steel types and there’s something about it that not many Pokemon offer.

Usually, if a Pokemon has high defense and high speed, its speed suffers. That is not the case with Kartana as it has very high attack, defense, and speed stats.

It also has a move called ‘Beast Boost’ that makes it stronger every time it defeats an enemy – which is very rewarding to have. Of course, this means that the stats it has besides these three are a bit low – but it’s a hell of a combination to have on your side!

Zarude is one of the rarest Pokemon to get your hands on since it’s only given out through special codes so far. Besides very generous stats that make it one of the most agile and high-damaging Pokemon in the Grass-type categories – its signature move is extremely unique.

Titled ‘Jungle Healing’, it can heal both itself and everyone else in the team as well when the move is used. This gives it great support capabilities on top of everything else it already had.

The rarity might change soon, though, since Zarude is one of the main focuses of the upcoming ‘Secrets of the Jungle’ movie. And if it doesn’t – then you’d be all the luckier to have your hands on one when every kid on the planet wants one!

Decidueye is the last evolution of Rowlet (who later turns into Dartrix, and then finally Decidueye) and is a mixture of the Grass and Ghost types.

It does not have an insane number of stats in any one place – but that’s one of the best things about it. Because that means it can afford to have great stats in every section and it really does, too.

Its attack stats are the highest thing about it, while it also has great speed and accuracy. Its most notable move is ‘Spirit Shackle’ which not only delivers high damage, it also has a great ratio of accuracy so sneaky Pokemon won’t be able to make it miss so easily.

It also shows up several times in the Anime and Manga parts of the franchise, so if you consume these parts of the Pokemon media too then you’ll have all the more reasons to keep it in your team.

That’s it for our guide for the 10 best Grass-type Pokemon to use! We hope that you found the perfect Pokemon from this list to use for yourself and if you believe we missed any important Grass types to name – don’t forget to let us know too!

And while you’re around, make sure to check out many more of our helpful guides on the website. 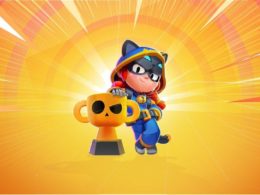 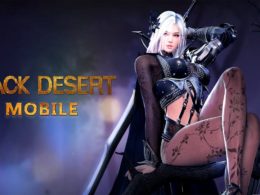