The latest additions in the Pokemon main-series games were the Sword and shield games which were highly criticized at their launch, but the fans bought them anyway, and they probably are one of the best-selling Pokemon main series games of all time.

The games were well received on the Nintendo Switch console, which didn’t have that many exciting titles at that time, and the Pokemon Sword and Shield were one of the top-rated games on the switch.

The new Sword and shield game features made it stand out, unlike the last main series games; this time, the 3rd installment in the generation wasn’t a new game; they just updated the game with new DLCs fans loved it.

The Pokemon Sword and Shield games are based in the Galar region, similar to present-day England. The game had new and original Gallarian Pokemon and new Gallarian versions of Pokemon as well.

There were new legendary sand new Fossil pokemon as well. The legendaries especially were great this time around; we got to see new alternate versions of the original legendary birds in dark forms; not only that, we got two new horse legendaries which look cool!

The Fossil Pokemon has always been a source of lore for the Pokemon universe, as they are fossils, which means that Pokemon have existed for a long time.

The fossil pokemon help build up the legend of the PokeUniverse, making it more enjoyable and lively when we play. Fossil Pokemon isn’t a new concept, they have existed for many years now, and many Pokemon main series games had them; sometimes they were great, and sometimes they were terrible.

But this time around, they have tried a new gimmick. You can customize which Pokemon you get if you collect two different fossils. Let’s deep dive into the origin, types, and powers of these fossil Pokemon.

Also, after going through this blog, you’ll get a better understanding of where to find them and the best way to see all of them!

NEW: What Level Does Pancham Evolve In Pokemon SW/SH?

Fossil Pokemon in Sword and Shield!

The Pokemon Sword and Shield games added a new twist to the Fossil Pokemon, which made acquiring all of them a worthwhile task; not only do we have a lot of options this time, the Pokemon look excellent as well.

Unlike the past generations where you can get a fossil and after reviving it you get a pokemon, this time you have to mix and match the fossils!

What do I mean by that?

The Sword and Shield Games have added four fossils in the game, but you’ll need at least two of them to revive anyone Pokemon combination.  Simply put, these fossils have to be used in a variety of twos; only then you’ll be able to a fossil Pokemon. The four fossils are as follows –

The names of the fossils are pretty self-explanatory, and you’ll get a gist of what kind of Pokemon to expect if you combine them. The possible combinations in this generation of games are as follows –

The following are the combinations you can go for. Each combination will result in a different Pokemon, and each Pokemon will have a different typing; this is an excellent way of adding cool new mechanics to the game!

How to get fossil pokemon?

If you have more than one fossil at your disposal, go to Route 6 there, you’ll find a professor; if you have one of the combinations mentioned above of fossils in your inventory, she’ll bring a fossil pokemon to life.

If you don’t have a combination, she’ll just talk with you about what fossil pokemon is and how to they got where they are, just some basic world-building/lore that’ll keep you busy.

If you own the Pokemon Sword version, you’ll be able to get the BIrd and Dino fossils near the fossil professor. The players who play Pokemon Shield will find Drake and Fish fossils near the same professor. If you want to acquire all four fossils, then you’ll have to go to the stow-in-side Pokemon center, where an NPC will give them to you.

You can also get all four fossils by paying the digging brothers in the Bridge Feild zone of the weld area. They will also dig up some cool rewards, and how of the rewards is the coveted fossils!

The Pokemon Sword and Shield games are the latest addition to the Main series of the game, though they haven’t been able to impress the fans, the games sold like hotcakes and are one of the highest-selling Pokemon games of all time.

The fossil and legendary pokemon in the game are some of the most well-designed ones, and fans are constantly trying to capture them. Also, it is essential to catch every Pokemon if you want to fill your Pokedex.

Fossil Pokemon got a significant overhaul in the game as now you can mix and match different combinations of the fossils to get a new and unique Pokemon.

When you have a genuine combination of fossils, head straight to Route 6, where a professor will bring the fossils back to life for you, and you’ll have a Fossil Pokemon in your team.

Unlike the older pokemon games, fossil pokemon is pretty strong in this game, and many use them in their playthroughs. If you’ve followed the blog till here, you’ll have a better understanding of what fossil Pokemon are and how to get all of them I the Sword and Shield games! 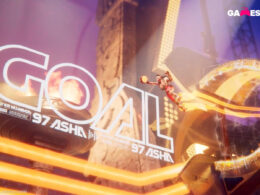