It serves as the original Black Desert Online mobile version, offering you a thrilling gameplay experience. The vast world awaits you to fall in action against players of over 150 countries across the globe.

You will experience an exciting adventure when playing the game where over 13 unique character classes welcome you with emotional skills.

The graphics are completely gorgeous, and the opportunity of becoming a true hero is fantastic.

Indeed, if you are a diehard fan of BDM (Black Desert Mobile), then you would be familiar with Dark Knight as it is a character class loaded with two-handed Kriegsmesser as their primary weapon and an Ornamental Knot as the secondary; however, the awakening weapon (Vediant Glove) gets unlocked as you reach the level 56.

The Dark Knight class is suitable for 1v1 matches, and it is helpful until your competitors don’t out gear you; however, the class has low defenses powers.

Meanwhile, it is also strong in 5v5 matches and may help you achieve victory in Player versus Player arenas because of their AoE Damage.

Indeed, you would be curious to know the weak opponents ahead of the Dark Knight, and we are here with a list of characters that might be the weaker when it comes to 1v1 matches; however, most matches with equal gear will be tough.

There are a few characters that could be hard to defeat in various matches. Their names are the following:

There are six different types of Absolute Skills with varied requirements and level conditions to be unlocked. Names of Absolute skills are mentioned below: 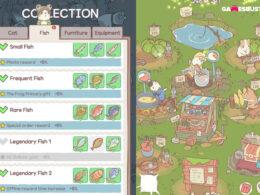 Cats and Soup is an adorable cat game you can play on mobile, which is available on both… 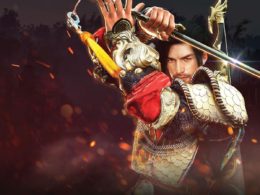