The gems and minerals in Stardew Valley are appealing because they are fun to find in the mines and are collectible and valuable.

Topaz is one of these minerals that are so popular among seasoned players. And in today’s video, we are talking about where you can find this mineral, how to get it, and its uses.

Topaz is a mineral that can be obtained from Topaz Nodes and Gem Nodes in The Mines, by panning, or by finding Treasure Chests while fishing.

It is popular as a gift in Stardew Valley and can be obtained in various ways, including digging through garbage cans or treasure chests, but this is entirely random. Going to the mines and looking for it is the most likely to find it.

What is the ideal method and location to find the Topaz?

There is no unique Topaz rock or stone to be destroyed. The majority of players discovered it by mining purple rocks and rocks with yellow stones protruding from them.

Although it does not occur frequently enough to warrant a preference, Topaz is very likely to be discovered if you continue mining all of the stones found in the mines.

Topaz farming is as simple as mining every rock on a level 5 or lower floor. Stick to one floor so you can quickly kill the enemies and focus on mining every rock in sight. You can complete a floor and a half before going to bed.

This mineral is best obtained by mining Gem Nodes or Topaz Nodes in the Mines, Skull Cavern, and Quarry. However, there is a 1.6% chance of getting the item through panning and a 4% chance of getting it through Fishing Treasure Chests. Interacting with a Garbage Can will occasionally cause it to drop on rare and fortunate occasions.

It has multiple uses, such as being used in the treasure hunter’s bundle in the remixed boiler room. Also, it can be used for Forging, that is, to improve the defense of melee weapons. With the Forge, you can upgrade your weapon three times.

You can add +1 Defense to any weapon using one of these minerals and ten Cinder Shards. Adding two more increases the number of shards required by 15 and 20, respectively, adding +2 Defense. That’s impressive!

Next, it can be used for gifting as Clint, Dwarf, and Emily are well-known gem collectors in Stardew Valley. And, it’s no surprise that these three, among other NPCs, adore the mineral.

It can be placed in the yellow dye pot at Emily’s and Haley’s house for use in dyeing.

Last but not least, it can be used in treasure quests. Topaz can be requested at the “Help Wanted” board outside Pierre’s General Store at any time of year for 240g and 150 Friendship points.

The rejuvenation can be performed by bringing one along with Amethyst, Emerald, Jade, and Ruby as part of Emily’s special order will net you 1000g and 250 Friendship Points. Furthermore, you will unlock the Sewing Machine in her home and for yourself.

You’ll also need Amethyst, Aquamarine, and Emerald. However, they can be found by encountering Gem Birds on rainy days or closely inspecting the carved image at the base of every bird statue. 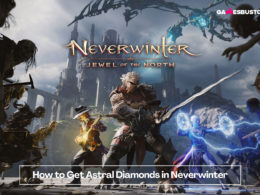 Nioh vs Sekiro: Which Game Should You Play In 2022

Nioh and Sekiro: Shadows Die Twice are created by two different developers but they have a lot in…

How to Make A Flower Pot In Minecraft

The real world is full of pollution, heartbreak, and way too many who argue about everything. While we…