Mobile Legends: Bang Bang is one of the most successful MOBAs of our time and is often considered the ‘League of Legends’ of mobile phones.

Whether you play it casually, competitively, or even have plans to participate in its esports tournaments – the game is wildly entertaining to play and its consistent updates keep things fresh no matter how many years pass.

As of 2022, the game is still growing bigger every day and receives many updates regularly that adds new champions and change the way that the characters work. That, of course, means that the tier list of the characters changes every time the game receives a new update.

It can be time-consuming to figure out what legends are the best ones at a given time, so we’ve created a thorough tier list of Mobile Legends: Bang Bang’s legends in 2022. So, let’s get started so you can decide what characters you want to play right now!

An important thing to know here before we get into the tier list is that the game has different legend classes which fill in individual roles for how you wish to play your game. So, the tier list of characters cannot be one long list, and instead, it is related to which class you prefer playing. Now that we have it out of the way, let’s get right into it!

The fighter class is a good blend of melee and agility – which keeps it away from being tank but still allows a great damage output that increases with time. So, a good way to describe the key point of this class would be to call it balanced.

Assassins are meant to finish the job, rather than escalate a fight or provide support to other players – and the best way to do that is to focus on enemies who have lower health than the rest.

Since they don’t have a clear-cut emphasis on statistics like strength or magic, it’s a bit more difficult to play as them as it all comes down to skill. But once you master using them, you’ll learn that it can be a lot of fun playing as them.

Mages are all about magic and that makes them good choices for long-ranged attacks.

If you’re not someone who likes to attack upfront and want to deal with multiple enemies at the same time, then Mage is the class for you.

Support, as the name implies heavily, is a class meant for those who wish to provide backup to their fellow teammates so that they can focus on doing the tasks that their individual classes are meant for.

Support players don’t have tools to execute too much damage as their main purpose is to help teammates – thus their priority is to heal everyone instead.

The Tank class is what you pick when you neither want to use magic nor wish to provide support or pick on the weak links of the enemy team. This is a class meant for pure brawl and you will be a brute who will greatly damage the enemies with or without your teammates.

Marksman is a class that is meant for players who are okay with giving up other statistics in favor of attack damage. You might know them as ‘carries’ since they help other classes out by providing bigger damage than what they have, and are particularly useful for destroying towers.

It might sound similar to the Tank class, but it’s balanced out by the fact that Tanks have more options than simple damage and require less precision in comparison.

And that covers our guide for the Mobile Legends Bang Bang Character Tier List in 2022.

Keep in mind that with every update, this list might be less accurate with the passing of time. However, it’s the ideal tier list at the time this article is being written and we’ll update you with future changes too.

If you have any questions, don’t shy away from letting us know, and don’t forget to check out some of our other helpful gaming guides on our website too. 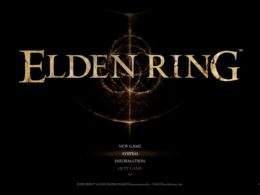