There are many valuable things and even upgrades that can be found in Derelict Freighters in No Man’s Sky by exploring them. Monsters, rogue AI, and other hazards lurk on these randomly built abandoned ships.

Prepare yourself if you’re going into a derelict to mine its riches.

Loot can be found in derelict freighters, which are abandoned, semi-destroyed freighters. To purchase (5.000.000 units) coordinate data for use in your spacecraft, speak with the trash merchant NPC on any space station. Then, when requested, enter pulse drive and then exit. You’ll arrive upon a sunken vessel.

Some can be dangerous, so take caution. You can get a lot of useful items, and you’ll find that the price of coordinate data goes up as you buy more of it. Talk to another NPC in a different system to re-set this (his price will be lower).

Tips for How to Land a Derelict Freighter

Here are some tips for how to land a derelict freighter in your No Man’s Sky gameplay:

Derelict Freighters can be located in a variety of methods. Any anomalous item in space can be found if you’re lucky (or make one appear with an Anomaly Detector). Using an Emergency Broadcast Receiver obtained from the Scrap Dealer on a Space Station, one can compel one to materialize.

However, the first one of the day would set you back a whopping 5 million units. Prices for additional receivers begin at 10 million, rise to 20 million, and finally reach 30 million. Even though it’ll reset each day to 5 million, the cost is still high.

Fortunately, there is a less expensive option. Free Receiver will be given to you every week after you accomplish your first Derelict Freighter mission on the Space Anomaly. One per week, but it’s free!

2. Ensure You Have Enough Supplies

Before setting foot on a derelict freighter, you should consider stocking up on a few essentials. They can be easily obtained via trade terminals or even refined in most worlds.

It is possible to find some supplies on derelict ships like Sodium, but you don’t want to be reliant on what you can find.

While floating in space, Derelict Freighters have a very low temperature, even inside. Your thermal and hazard protection will need to be recharged, so stock up. Sodium, Sodium Nitrate, and Ion Batteries are among the most convenient to recharge. Don’t forget to get your hands on these!

You’ll also want to make sure you have enough ammo on hand because most Derelict Freighters are home to monsters and Abyssal Horrors, as well as rogue sentinels and defense turrets.

Oxygen, Dioxide, Life Support Gel, and a few nourishing foods can all restore your Life Support.

3. Take a Closer Look at Your Inventory Capacity

Of course, you’ll also want to make sure that you have enough space in your inventory for the items you need. Looting a derelict ship can net you a variety of useful things and resources. You won’t be able to get as much for your money if your inventory is already full.

Other options include using the Matter Beam aboard your ship, which may be used to transport cargo. If you have a Teleport Receiver installed on your Starship, you’ll be able to transmit various things there as well.

Otherwise, pack only what is necessary: recharging supplies, ammunition, and so on.

4. Protect Yourself from the Heat

Derelict Freighters, as previously said, are extremely frigid places to be. Your main obstacle will be dealing with the incredibly low temperatures, perhaps even more so than anything else.

However, there are only a few of them, and they have a very limited range. Your Exosuit will benefit from low-temperature thermal protection enhancements on Derelicts and throughout the game.

Aboard Earth can be acquired via technology merchants on the Space Station.

More on No Man’s Sky: 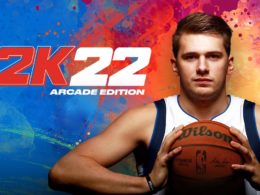 Conan the Barbarian is a character that we have all been familiar with growing up. Although he has…