The zombie genre in video games is something that was always around to some extent, became oversaturated at one point, and is balanced as of today.

There are many games that you can pick up and kill zombies in but surprisingly, most of them feel fairly different from each other thanks to subgenres and gameplay differences.

What can be noted though, is that most zombie games usually have an alternative. The most recent example of this is how Back4Blood is a substitute to the Left 4 Dead 3 that we never got since it has similar gameplay to the series it draws comparisons to.

However, there are a few games that offer something that you just can’t find elsewhere.

One such game is Dying Light 2. Although its story mode left much to be desired, it was ultimately a very entertaining game in terms of gameplay and offered an experience that other games have not managed to replicate so far.

And the best part of Dying Light is its co-op multiplayer, which allows gamers to survive the harsh world of the game together with their friends or even with strangers.

When a game with this special has co-op multiplayer, gamers want to know if it has cross-platform multiplayer. After all, it’s 2022 and everyone should be able to experience games with their friends regardless of what platform they’re on.

As long as you have the game and the same version of the update, Dying Light should work perfectly fine.

So, the million-dollar question is – does Dying Light 2 have cross-platform multiplayer? Let’s take a look at the official sources and find out!

Before we jump into the answer to the question, we’re all here for, let’s step back for a second and explain what cross-platform multiplayer in video games means.

If you already know everything about cross functions in video games, then you can skip to the next section of the article and finally get your answers!

There are three different types of cross features in video games. The first one is called cross-play or cross-platform multiplayer and it allows gamers to play games online with their friends regardless of what platform everyone is on.

For example, someone on a PlayStation 4 should be able to play Dying Light with someone on an Xbox One. As long as everyone has the same version of the game, it should be a smooth experience.

The second one is called cross-progression and it means that your progress is saved across all platforms. For example, if you found some amazing loot in Dying Light and kept it in your inventory – you should be able to retain that loot if you log into the game on a different device.

And lastly, we have cross-generation multiplayer which means that if you have a game on a PlayStation 5 and your friend is playing on a PlayStation 4 – both of you can play the game with each other since you are on the same console brand. The same goes for the Xbox One and Xbox Series X too.

With all of that out of the way, let’s jump right to the big answer!

Dying Light is available on the PlayStation 4, Xbox One, Nintendo Switch, PC, macOS, and Linux platforms. Although it’s not officially released on the PlayStation 5 and Xbox Series S/X – you can still play it on those consoles thanks to legacy compatibility.

Dying Light 2 does not support cross-platform between any of the platforms that the game is on.

Unfortunately, if you play the game on a PlayStation 4 for example, you cannot play with someone on a PC or an Xbox. The same goes for any of the hardware that it’s available on.

Fortunately, Dying Light 2 does have cross-generation support since the game can run on new consoles too. So, a PlayStation 4 player can play Dying Light with a PlayStation 5 player. The same goes for the Xbox One and Xbox Series X/S.

It’s unknown if cross-play will be added to Dying Light 2 later on because the first game did not feature cross-play either despite its success.

Is Dying Light 2 Cross-Platform Between PlayStation 4, Xbox One, PC, and Nintendo Switch?

Dying Light, unfortunately, lacks cross-play between all of these platforms.

Is Dying Light 2 coming to PlayStation 5 and Xbox Series X?

Dying Light 2 is coming out on the PlayStation 4, PlayStation 5, Xbox One, and Xbox Series S/X – but the first Dying Light has not had an official re-release on these consoles yet.

Does Dying Light 2 have cross-play?

It is currently believed that Dying Light 2 will have cross-play multiplayer and that it’s one of the development team’s priorities at the moment.

That’s a wrap on our guide on if Dying Light is cross-play or not! We hope that we managed to save your time and money, and while you’re still here – make sure to check out some of our other helpful guides too. 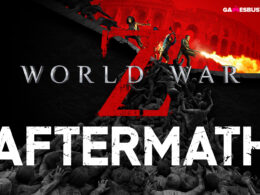 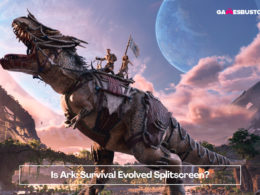 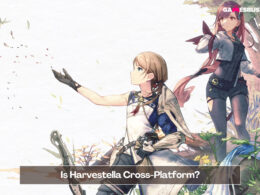 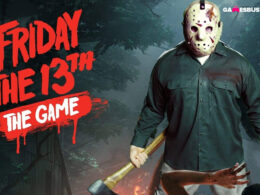