Everyone knows the slasher cult classic Friday The 13th. It’s hard to forget the goalie mask and the countless iconic moments in every film. That same movie inspired the creation of Friday The 13th: The Game, a survival horror video game developed by IIIFonic and Black Tower Studios.

The game’s premise still centers around camp counselors trying to escape Jason Voorhees, the brutal masked serial killer that became the face of the horror franchise.

In the game, one player gets to control Jason while others are tasked to run away, hide, survive, and distract the killer while one person is responsible for hunting him down. For a game that’s as fun and chaotic as Friday The 13th: The Game, it’s natural to expect the game to have cross-platform enabled.

Friday The 13th: The Game was released in 2017 by Gun Media and has garnered over 20 million registered players. Many players consider Friday the 13th: The Game to be a masterpiece, while some fans continue to play it even years later.

This has been the case on Halloween, which is the ideal time to get together with friends and enjoy the chaos of the game in the month of October.

Naturally, given the variety of platforms available, setting up a game for playthrough might occasionally provide challenges because certain platforms may not be compatible with others. If you’re interested in playing Friday The 13th: The Game with your friends, this guide explains how the game’s cross-functionality works so you won’t have to waste any money on the wrong version.

Before we answer whether Friday The 13th: The Game is cross-play, it’s better to clear up the meanings of each term first, especially for those who are unfamiliar with them. If you already do, you can skip this and see if the game is cross-platform.

Cross-play, cross-progression, and cross-gen are the three different categories of cross-functionalities seen in video games. The most well-known and desired of the three features is cross-play, which allows gamers to play the same game on any platform as long as it is updated often.

Next, cross-progression (usually referred to as cross-save) enables you to transfer and save your progress across several platforms. A player won’t have to restart the game if they decide to transfer from PlayStation to PC. Instead, players can transfer their game progress from the console to the PC and carry on.

Thirdly, cross-generation is similar to cross-play, except gamers are only restricted to consoles from the same family. For example, Xbox One users can only play with Xbox Series S and X users, whereas only PS4 users may only play with PS5 users.

Now that we explained the different terminologies, it’s time to answer the main question:

Is Friday The 13th: The Game Cross-Play?

The answer is no, there is no cross-platform multiplayer on Friday The 13th: The Game. This means you cannot team up with players if you’re on the PS5 while others are on Xbox One. Instead, only users of that platform will be allowed to play Friday the 13th: The Game with one another. For example, only PC users will be able to play online with PC users, and so on.

Although the development team did state that they hope to have cross-platform functionality even before the game’s release.

Cross-platform has never actually materialized as of the writing of this article, they couldn’t make any promises as they “have nothing solid yet.” With the lawsuit still ongoing and the servers being shut down, there probably won’t be a cross-platform multiplayer feature added anytime soon, unfortunately.

Is Friday The 13th: The Game Cross-Gen?

Is Friday The 13th: The Game Cross-Save?

Sadly, Friday The 13th: The Game doesn’t have cross-progression. While the game is still active and playable, there won’t be a cross-save feature anytime soon, especially with the lawsuit between the franchise creators being unsettled.

Is Friday The 13th: The Game coming back soon?

The future doesn’t seem so bright for the developers of the game. Before its cancellation, the game had a lot of plans for the future. They even teased a new game mode called “Paranoia.” Those were put on halt when Victor Miller, the original screenwriter, and Sean Cunningham, the director, and producer of the film franchise got into a lawsuit over a copyright battle. All of this attention puts the franchise at higher risk and whoever wins the lawsuit could potentially receive profits from the licensing of Jason Voorhees – including the video game adaptation.

It’s also unknown whether the result of the lawsuit will bring back Friday The 13th: The Game. Since then, the game’s official forum has been archived and their official Twitter, Facebook, Reddit, Discord, and Twitch profiles have stayed silent.

However, all of the previous player’s information, including unlocks and progressions, are still secure since the database servers are still active.

Should I Still Play Friday The 13th: The Game?

While further development for Friday The 13th: The Game seems impossible, it still offers a fun experience both online and offline. Just make sure you and your friends are on the same platform.

Of course, the lack of updates means that if you progress further in the game, it’ll feel repetitive as there’s nothing really new going on. Still, leveling up is not easy which means you’ll have plenty of time to enjoy the game before you get bored.

A great alternative for those seeking a horror game with a cross-platform feature is Dead by Daylight. That game constantly releases a bunch of new updates and patches all while giving you a similar experience.

While they do not have Jason Voorhees in the game, there are a lot of familiar faces from other cult classics such as Saw, Stranger Things, Texas Chainsaw Massacre, and Resident Evil. Who knows, maybe they’ll add him if they get the licensing for it.

That ends our topic on cross-platform in Friday The 13th: The Game. It’s sad that the game has been canceled and that it never had the chance to add a cross-play feature. We also hate to be the ones to break the bad news.

Friday The 13th: The Game was promising and it seemed that a lot of players had a blast with the game.

We’ll keep an eye out and release a new article when we see any news regarding the return of Jason Voorhees in Friday The 13th: The Game. If you enjoyed reading this article, feel free to check out similar guides on other games you might want to try. 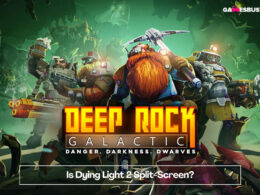 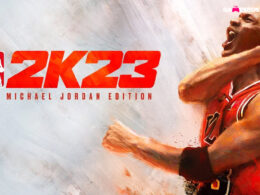