Lost Ark is one of the best MMORPGs in the market right now and when a game has ‘massively multiplayer’ in its name, it’s obvious that online play is a big part of its appeal.

However, not everyone wants to fight alongside or against other players all the time even if they’re playing an online game.

Some people want to be a lone wolf and that’s just as fun as playing alongside others. After all, Lost Ark is still an RPG at its core and can be enjoyed as a solo experience. And that means you need to try out builds that are best suited for solo play.

So, what are the best solo classes in Lost Ark as of 2022? Let’s dig into our Lost Ark best Solo class ranking and find out!

The focus of a solo class in Lost Ark is PvE, as you’d be fighting hordes of powerful enemies and bosses on your own. Of course, you can still join a raid or two with other players every once in a while, but the main goal is to be strong enough to handle most situations on your own.

This might be a bit of an obvious recommendation, but if it ain’t broken – why fix it?

The Berserker class in Lost Ark is a part of the Advanced Warrior class and it has high health, great DPS, and covers a lot of ground too. Not only is this great for solo play in PvE, but it’s also a pretty good choice for 1v1 PvP fighting too.

For the Engravings, we have Mayhem and Berserker’s Technique, both of which have their own pros and cons. For example, Mayhem increases your damage and the duration of the Berserker/Burst mode, but Technique increases your chances of getting critical hits.

The main point is to build up to your ultimate and use it, but other skills still help a lot. The best ones include:

As for the best Awakening skills for the Berserker class, you should go for either Chains of Vengeance or Berserk Fury. Both have great damage potential, so it’s up to your preference as to which one you go for.

Once you’re done making this build, you’ll be at the top of the food chain as a solo player in Lost Ark.

The Paladin class is a part of the Warrior class too, but it’s wildly different from Berserker. Unlike tank-based roles, the Paladin is a bit of a support character that has a mixed arsenal of brute attacks and spells that they cast from a book.

So, you can deal a lot of damage to your enemies while being incredibly durable when others attack you too since the Paladin class has shields that can absorb up to 50% of incoming damage.

Of course, learning how to use all these buffs takes a bit of time and practice, but playing as the Paladin class in solo gameplay is a high-risk, high-reward strategy.

The best skills to use for a solo Paladin build in Lost Ark are:

Of course, it’s important to make sure you have the best versions of these skills.

And this mixture of skills overall gives you several buffs in terms of both offense and defense. It’s great for both close-ranged and long-ranged gameplay too, so this solo Lost Ark build is very flexible if you’re able to utilize it properly.

On the Awakening skill side of things, you should go for Luteran Court as it gives you a shield with which you can rush around the map without fearing getting damaged too much.

And lastly, the best Engravings that you can get are Blessed Aura and Judgment, both of which contribute to boosts that improve your offense and defense.

The Deadeye class is decent, but Gunslingers are arguably better for long ranged solo play. They are very quick in speed and can attack enemies with different types of guns which are great for keeping distance and crowd control.

The sniper is great for range, the shotgun lets you take care of threats that get too close, and dual pistols are just so cool to use.

It’s an easy class to get into but you’ll need some practice to be able to take on foes that are more difficult because, unlike tank classes, Gunslingers need more strategy to get by.

All in all, Gunslingers are great for solo play for those who like to keep a distance and don’t mind constantly changing their weapons for different situations.

The best skills that you can use for the best solo Gunslinger build in Lost Ark are:

These skills are spread out between the different weapons in terms of their effectiveness, so make sure to experiment a little. And having high levels is very important since guns don’t have the same amount of high damage as a gauntlet or a sword on lower levels.

For the Engravings, Peacemaker and Time to Hunt are great choices. Both of them buff different guns, so make sure you pick your Gunslinger Engraving carefully and based on what weapons you use the most.

And for the Awakening skill, we recommend High-Caliber HE Bullet and Eye of Twilight. Both have different buffs, such as increasing your damage and its radius by a decent margin. So, experimentation is key and will show you which of the two you will be best off with.

Although Deathblade comes very close for the last spot on our list, we’re going to have to go with the Sorceress. When it comes to the mages and sorcerers of Lost Ark, the best option for solo play is a good Sorceress build.

The Sorceress class is very easy to pick up compared to some of the other options on this list. And even from the beginning, she deals a great amount of damage that only gets better once you level her up and reach her late game.

One of the best things about choosing this class is that you can take down large mobs on your own. And if you ever want to switch from being a solo player, you’ll be a great support player too since the Sorceress is all about crowd control.

The best skills that you can use for your Sorceress build are:

Once these skills are maxed out, you’ll have a very powerful Sorceress who can take on the most powerful foes without too much effort.

Now, for the Engravings, we suggest Reflux and Keen Blunt Weapon. Of course, some others like Cursed Doll and Grudge are pretty good too – but the first two offer some great options that do not take too much practice to utilize correctly.

And for the Awakening, Enviska’s Might is a great way to get started, which you should keep if you get used to it.

That’s it for our guide of Lost Ark best solo class ranking for 2022! We hope that you found one of our recommended options suitable for your playstyle as we’ve put in a lot of effort in ranking them for the best solo gameplay.

Make sure to experiment with all of the different skills, Engravings, and Awakening skills because they are quite different from each other. And ultimately, it’s all about what works best for you.

But while you’re still here, make sure to check out some of our other helpful Lost Ark guides too! 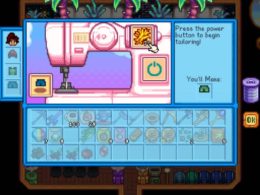 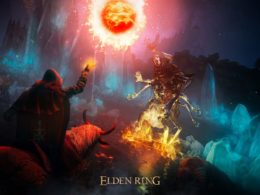 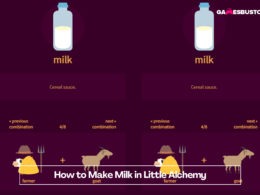