In the golden age of gaming, anyone with money and resources would immediately jump to the idea of making a gaming console. However, that has reduced in recent days as it is very difficult to sell anything with Sony with its PS5, Nintendo, and Microsoft dominating the video game industry.

That changed in December 2020 as the most unlikely corporation decided to try their hand in the console gaming market – and that corporation happens to be none other than KFC itself. You’re not reading this wrong, Kentucky Fried Chicken – known for, well, their fried chicken, decided to announce and vaguely reveal a console.

At first, it was taken as a joke but the company insisted that the console is legitimate and decided to release a few more details about it.

So, what exactly is inside the console and what kind of video games will it run? Let’s get into the details and take a look at everything you should know about the KFC gaming console!

Update – 23/11/2021: We’re still listening for new details to emerge about the new KGC gaming console. On pricing, availability, games it will offer and so much more. Fingers crossed and we’ll update you the minute we hear something new.

Update – 21/01/2022: We still haven’t heard any new groundbreaking information about the KFC console release more than we already know but we’re still listening and will update this page as soon as something new comes up.

What’s Inside The KFC Gaming Console?

It’s important for any gaming console to have the latest specifications so that they can run all the latest video games that come out within its generation – otherwise, why wouldn’t you just get something older for cheaper?

Fortunately, the KFC Gaming Console has very high specifications which are able to run everything that you can think of. Let’s go through everything in the same line:

Those are the specifications that run video games on the console, but there’s one important thing left – the chicken chamber. The first thing that must come to your mind is that anything remotely heated should stay away from the console, rather than be right next to your device.

However, KFC promises that they have an excellent cooling system that keeps your components cool and then the heat it produces outwards keeps the chicken warm – so it’s a win-win situation in every way.

What Will The KFC Console Run?

This is an interesting question because people take a look at a console’s library before purchasing it, and exclusive games act as a major deciding factor to the public accepting a platform.

It seems, however, that the KFC Gaming Console won’t have any exclusive games because if the specifications told you anything, it’s that this is less of a unique video game console and more of a portable gaming PC that is very high-end and will run the latest games at great visual settings for quite a long time.

So, any games that are generally exclusive to PC gaming will be available here – but it’s hard to expect any unique console games showing up on this because as of now KFC has not revealed any unique operating system for the console that could have games that run only on this console and not on just any computer.

So far, we’ve seen games like Genshin Impact run in crystal-clear graphics on the console and great frame rates – so that should give you a decent idea of what you can expect going in.

It is unknown at the time what the console would cost. Some industry experts expect it to be priced at around $2000 US dollars since it is a high-end PC with very expensive components.

However, KFC claims that this console is supposed to be their flagship entry into the gaming industry and that they take it seriously – so the price might be a bit more accessible because console users are not comfortable with devices that cost more than $400-600 dollars.

When we have a final price, we’ll surely update you!

When Can You Buy?

We don’t have a release date at the moment and part of that is because KFC revealed they are working from home and that slows the process down – especially when it comes to knowing whether the heating system is sustainable with such powerful specs.

But you can expect an announcement soon since it was just recently revealed with a serious tone – as the teases began as early as July 2020.

We won’t be writing this article if teases of it were never shared. Although at this point there’s not much in the certainty of getting the console as it was promised, however, according to the company, it is real and it’s coming.

How much is the KFC gaming console?

As mentioned above, the price of the console should range from $400-$600 to keep afloat with competition as the PlayStation and XBOX are formidable opponents priced at around the same amount. However, KFC mentioned a few high-end specs that make us think this price may be higher.

Is KFC coming out with a console?

Short answer? YEP. Fingers crossed, we can’t wait to share everything with you.

That’s everything that we know about the KFC Gaming Console so far! Feel free to ask any questions and let us know if you’re excited about this new platform. And while you’re here, don’t forget to check out some of our other helpful console guides too.

Read next: How to Get the Gold Orb in Risk of Rain 2 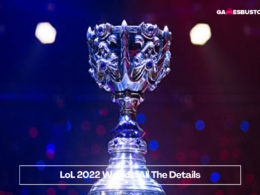