Risk of Rain is one of the most important games of the roguelike genre in recent times, and the sequel has only expanded on and improved everything that made the first game great. There’s a lot to do in the game, many alternate paths to take, and tons of secrets to be found.

Not to mention that there’s a lot of unlockable characters and items that are always around the corner too.

One of these unlockable secrets is the Gold Orb – which can be complicated to obtain and a bit confusing to use.

So, whether you want to find the Gold Orb and want to know what to do with it – or can’t figure out how to get it and wish to unlock it, we’ll guide you through the process and take you right to it! Let’s get started.

What is the Gold Orb in Risk of Rain 2?

The Gold Orb is an item that you can purchase from one of the Altars of Gold shops which are basically spread out through the game for players to interact with. Once you give the required amount of gold to the Altar, it will make a Gold Orb appear close to the respective level’s teleporter.

How to use the Gold Orb in Risk of Rain 2

Once a Gold Orb spawns, what you do is that you play the level, as usual, go towards its completion. The only thing that you should try to do specifically is to stack up some gold because you will need it very soon once you make use of the Gold Orb. Once you are done with the level, what you need to do is to head to that level’s teleporter.

Don’t activate the teleporter once you reach it. Instead, enter the Golden Portal that is spawned next to it, which is directly a result of the Gold Orb you obtained. So, once you’re inside the portal unlocked through the use of your Gold Orb, you will find an area with seven shrines.

Once you activate all of them, you will unlock a boss fight which will pit you against the extremely powerful boss Aurelionite.

You must be wondering why I asked you to save up on gold throughout the level that you otherwise beat normally once the Gold Orb is purchased through the Altar of Gold. The answer is directly related to this – you will need a lot of gold in order to beat this boss as it cannot be beaten with strength alone.

You have to survive the boss fight for as long as you can and continue to damage the boss. It will take a while but you will finally notice that the shrines have been reactivated (the ones you activated previously to unlock this boss fight) and what you need to do now is to re-activate all of them.

They will require a whopping amount of 282 gold each to be activated this time around and the boss is unbeatable otherwise as no amount of damage will make it stop. After you reactivate all of the shrines with your gold, the boss will be temporarily in a moment of vulnerability, and the player is allowed to damage it as much as they can be based on their items, attacks, and character.

If you fail to beat the boss in the first vulnerable moment, you will have to reactivate the shrines again in order to damage it again and that is a very painfully grindy aspect of this boss fight. Can’t say it’s out of nowhere, though. Because this is a roguelike game after all and they’re generally meant for a hardcore audience.

How to find Teleporters in Risk of Rain 2

If you’re still stuck at the very first step and can’t locate the teleporter – you’re not the only one and it’s kind of difficult to locate them sometimes due to the game’s unique and somewhat dark color scheme.

The bad news is that there is no easy way to find them, all you can do is to look for spikes coming out of the ground at every level. And another thing is that there is an inverted arch symbol floating above them – which could be a decent way of spotting them from a distance.

Lastly, there are usually red and orange pixels (sort of resembling fire) floating around them too which can help you notice them in addition to the other things stated.

That’s it for our guide about the Gold Orb in Risk of Rain 2. If you have any questions, let us know in the comments – and we hope you managed to advance your game through our guide. Don’t forget to check out some of our other helpful gaming guides too while you’re here! 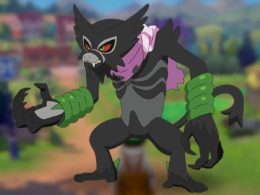