It’s fair to say, Mortal Kombat 11 is a huge improvement over the previous Mortal Kombat X, XL introducing not just a set of amazing old-time fan favorites but new characters as well.

The improved graphics are also commendable alongside a couple of other little but incredible features to make kombat even more fun, one of those features is giving your players mercy so they’re able to keep fighting on just a little under 15% restored health bar.

Mercies in MK11 is a great way to keep the fun going, taunt your opponents, and show them that you’re really able to beat them even after exhausting their initial life bars but careful, sometimes it backfires and they end up winning.

If you’ve been mercied by some players either while playing kombat league or KOTH, and you’d like to be able to do that too, we’ll show you how to do that here.

How to Perform Mercy In Mortal Kombat 11

It’s quite easy to mercy your opponents in MK11.

After beating them and hearing the Finish Her/Him voice-over, you can gift them about 15% of life bars, for an extra fighting chance.

To do this, simply move your player/character mid-screen and hold L2 while you tap the down direction thrice, that should activate the mercy function and you can resume Kombat.

So just to be clear, its mid-screen then L2+⬇️⬇️⬇️

For XBOX users, it’ll be the same mechanic but LT (left trigger + Down thrice)

That should resurrect your opponent with a little amount of health bar but be careful as it puts them in fatal blow territory and can easily deal a huge play by tapping L2+R2 at the same time (That’s if they’ve not already used it).

When Should You Mercy Your Opponent?

It depends really on who you’re playing. You can mercy anytime you want but once in given gameplay of a total of 180 seconds between 2 rounds. You should only mercy your opponents when you’re sure you’re able to still win. And if it’s just for fun, why not, really.

Why Perform Mercies In MK11?

There are many reasons why you would want to mercy your opponent in Mortal Kombat 11. One of them is to show them you truly deserve the win over them by beating them again after exhausting the initial bars. Another useful instance for mercies in MK11 is to perform brutalities.

Mercy In MK11 Not Working?

In most cases Mercy won’t work if you don’t input it correctly or is not on mid-screen or have given mercy once in a match.

Please confirm you’re pressing the correct inputs and you’ve distanced yourself from your opponent, not too far, mid-screen, remember? Then finally, you can only mercy once in a set game, not twice.

In some instances, if you’re set on brutalizing your opponent, the match shoots over and in the process of performing your kombos, your opponent is defeated or you didn’t meet brutality requirements, you can use mercy to awaken your opponent and nicely give it to them.

You may also use it to extend play even if not for much and just enjoy the fun.

That’s it on performing mercy in MK11, In our next guide, we’ll show you how to breakaway MK11. 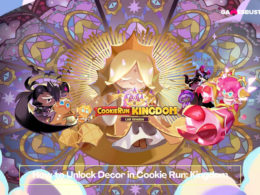 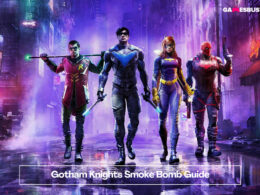 The heroes of Gotham Knights are equipped with unique weapons and devices to aid them in combat. Though,…