When playing a game online with your friends, the last thing you want is your connection getting messed up and you get kicked out from the online server. This is really frustrating and takes away the joy of playing, and ruins your online gaming experience.

A connection might be lost for many reasons; it’s difficult to pin down one reason which is causing you all the trouble. But as the game has seen newer iterations, it has become more and more bug-free.

These reasons are limited now, and most of the time, you should be able to play online without any hassle.

Regardless of that, many players still face the lost connection issue, especially when they try connecting online via steam. This wasn’t much of a problem in the older version of the game and was newly introduced in the 1.4 Journey’s end game update.

But don’t worry, the bug can be fixed quickly, and you won’t even have to worry about it the next time you play the game. It takes care of the bug in a single go.

Many people were having the lost connection error message when trying to connect online, and this was caused mainly due to you not being on the same version as your friend.

Doing this is pretty straightforward. Go to Steam, there right-click on Terraria, go into Local Files, and then go into Verify integrity of the game files. So this is the address that you have to follow –

What if it doesn’t fix it?

The latest update of Terrarira doesn’t have many bugs, to begin with, and this fix wasn’t even for a bug; it was because of a small step you didn’t follow. So if you’re still not able to connect to multiplayer, try doing this –

You can try resetting your Wifi/ Ethernet connection, sometimes the wifi router seems to malfunction, so restarting it will probably fix it.

There are many bugs in Windows; your connection might be getting lost due to some windows bug, so make sure it isn’t windows that are messing up your relationship. As it is a pretty good chance that the bug is caused due to some windows malfunction.

Try calling your service provider if the issue is regarding your internet connection speed. Sometimes the wifi speed just drops; this may cause your connection to get lost. Slow connection s[eeds aren’t viable for online gaming, so ensure you have adequate connection speed.

Suppose you’re running a legit version of the game on your PC, have a decent computer and internet speed, and follow the above method. In that case, there’s no way you’ll get a connection lost issue.

If you’re facing any of these connection lost issues with your Terraria game still, let us know in the comment section, you should overall just contact support to see if there’s a specific issue that’s causing the connection to go away on your device. 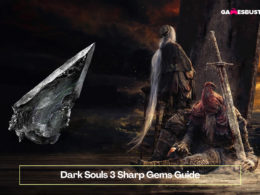