Rivers of Blood is one of the most iconic weapons in Elden Ring. It inflicts blood loss build-up every time you slash an enemy with it, which immediately makes it a very effective weapon. Then, we have its weapon skill Corpse Piler which is one of the most powerful attacks in the game.

And if all of that wasn’t enough, it’s a cool-looking katana that scales very well with Dexterity, Arcane, and Strength attributes!

Elden Ring is a massive game and when something that ambitious exists, it’s only a matter of time before players start experiencing random bugs every now and then. Unfortunately, one such bug exists regarding the Rivers of Blood sword in Elden Ring where it fails to scale properly with stats.

Don’t worry – there is a guaranteed fix for this problem! Here’s how you can fix the Elden Ring Rivers of Blood bug!

How to fix Elden Ring’s Rivers of Blood bug

The Rivers of Blood bug in Elden Ring was caused by an Arcane scaling issue in the game’s early builds.

Players had to try complicated workarounds to fix this problem at first, but fortunately, that’s no longer required.

As of today, the Rivers of Blood scaling bug in Elden Ring has been fixed officially and players simply need to update their game.

The current version of the game is 1.04.1 and you will no longer experience the Rivers of Blood in this update.

So, if you still experience this bug, try to update the game if for any reason your client did not do it already. And if the problem isn’t solved, try to reinstall the game or verify its files. If you don’t know how to verify files on Steam – simply right-click the game, then choose Properties, and then select ‘Local Files’ as the section. You’ll see the option to Verify files right away.

Doing either of these things will give you the latest version of the game automatically, and then you will no longer experience the Rivers of Blood scaling bug.

That’s all that you need to do to fix the Elden Ring Rivers of Blood bug! Simply update your game and it will start working properly, thanks to Bandai Namco’s constant releases of patches that fix the game.

We hope that you found this guide useful and while you’re still here, make sure to check out other gaming articles on our site too! 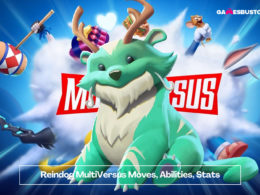 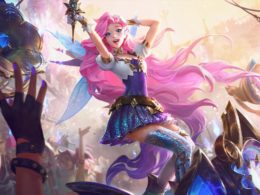 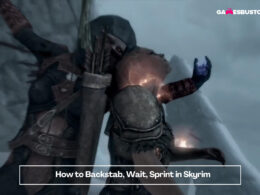 There are a lot of other actions you can do in The Elder Scrolls V: Skyrim besides combat…