Sea Fairy Cookie was the first Legendary character to be released during the Tropical Soda Islands update in Cookie Run: Kingdom.

If you’re lucky enough to unlock her, then you’ll need to make sure to add the right toppings to create the perfect build otherwise you’ll get disappointed. In this game, toppings are used to boost a cookie’s stats that increase its survivability, and make them much stronger during combat.

Currently, there are 10 types of delicious toppings you can mix and match with your cookies, each serving its own purpose. A crucial part of choosing toppings involves understanding your cookie’s strengths and weaknesses.

So, before we start telling you the best toppings for this adorable blue mermaid, let’s do a quick rundown of who she is and what she does.

It all began when she was thawed after years of being cast under a freezing spell by the warmth of all the Cookies in the kingdom. Call her an Elsa at sea, if you will. She is tough and determined but seems to have a lot of sadness inside her.

There’s a lot of mystery surrounding her story, but her reveal trailer and dialogue seem to imply that she has spent an eternity longing to meet Moonlight Cookie, who is unfortunately only playable in Cookie Run: OvenBreak.

Sea Fairy Cookie is a Bomber and is positioned in the middle of the squad. Bombers are cookies that are great to use for attacking large groups of enemies as they’re capable of dealing huge amounts of damage using their skills or normal attacks.

This makes her incredibly useful in the arena, where enemies usually swarm together.

If you missed the event but you still want to add Sea Fairy Cookie to your collection, you can either try your luck at the Cookie Gacha or obtain her Soulstones. The first option takes a lot more time as the chances of getting Sea Fairy Cookie in the normal gacha are incredibly low.

However, it’s not impossible, and you could end up getting a few other cookies in the process. The second option is to collect her Soulstones but be prepared for a LOT of grinding. Hey, we’re talking about a Legendary Cookie here.

The Rainbow Shell Gallery lets you exchange Rainbow Pearls for different rare items like magic cookie cutters and soul essences. It can also be used to purchase the Dream of the Tower, Sea Fairy Cookie’s decor.

Sea Fairy Cookie’s special ability is called Soaring Compassion, which allows her to shoot a deadly stream of water that stuns 5 nearby enemies.

As time passes, a body of water shaped like the moon will begin to burst underneath the enemy target and deal heavy damage.

Every cookie has 5 slots for toppings, so equipping the wrong toppings could render them useless. That’s not really the case for Sea Fairy Cookie, but you may want to add some toppings in case the opposing team has Sea Fairy Cookie as well.

While you could always experiment, we found that these toppings work best on Sea Fairy Cookie:

Sometimes equipping your offensive cookies with all five Searing Raspberries for insanely high damage is the best thing you can do.

With a Searing Raspberry topping, Sea Fairy Cookie would have the potential to eliminate up to 5 targets when Soaring Compassion has activated thanks to the tremendous damage from both the skill and the Topping’s extra stats.

This topping is ideal for tanks and damage dealers. It raises a cookie’s degree of damage resistance, making them more durable in combat.

For instance, if you want to use sea Fairy Cookie as support, adding five Solid Almond toppings will increase her protection and allow her to stun enemies as many times as possible before she gets killed.

Skills get a shorter cooldown with the Swift Chocolate topping. Naturally, this topping works best when added to cookies that have skills that players would want to employ more frequently in combat.

For instance, the Soaring Compassion skill stuns up to five enemies at once. If this topping is applied to Sea Fairy, you can use her ability to stun enemies in combat while the offensive units finish off the stunned enemy.

Additionally, you can further lessen her cooldown time using the Squishy Jelly Watch.

That’s all we can say about Sea Fairy Cookie in Cookie Run: Kingdom! She’s one of the scariest cookies in the game as she has the ability to stun all members of an enemy team. Because she’s already powerful, you don’t have to think too hard about what toppings to use on her.

Still, it wouldn’t hurt to improve a few stats here and there. Because her strengths heavily rely on her skill, we recommend that you focus on adding toppings that decrease her cooldown time or increase attack damage.

We hope this guide helped you create the perfect build for Sea Fairy Cookie. While you’re still here, feel free to check our Cookie Run-related guides! 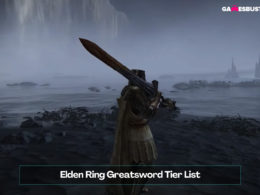 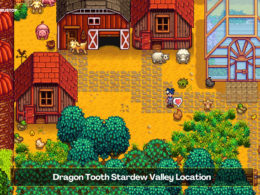 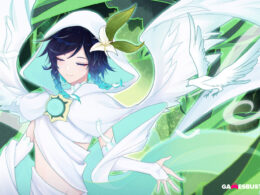