It doesn’t matter whether or not the Call of Duty Vanguard weapons are here because the OTS 9 is still the absolute king of all submachine guns in Call of Duty Warzone.

It’s not even a question of the quality, ever since it was first added to the game it has maintained its top spot as the best SMG you can use during your survival runs.

The gun has an immense fire rate, a really good damage range, lovable recoil, and by far the most exotic design to keep that aesthetic nerd inside of us at bay.

In season 6 of Warzone though, the OTS 9 is immensely powerful in particular. While there might be new weapons added into the mix, this weapon still holds a top spot at the SMG meta of the game.

To ensure that you guys have a fair shot at the OTS 9’s true power, here are some of the best loadouts that will turn this weapon into a machine, and you the player; into a DOOM slayer.

This is the best all-rounder loadout for the OTS 9. It’s objectively superior to any other loadout you could have, especially when it comes to both mid-range and close-quarter situations.

Your GRU Suppressor and the 8.1” Task Force barrel attachments are supposed to be the most important here. They increase your damage stats, your damage range, and the bullet velocity while keeping your weapon kick to a minimum, and you have hidden from the radar.

Another crucial part of this kit is the fast yet recoil control heavy Spetsnaz Grip under-barrel attachment, and the Serpent Wrap rear grip attachment. These are there to not just control your recoil, but to make sure your strafing shakes are eliminated while trading out the strafing speed for accuracy.

The Microflex LED Optics are going to be there for you to use either in a close-quarter gunfight or even through long ranges.

This Optic will increase your accuracy immensely, while the VDV 40 Rnd Fast Mag will provide a ton of bullets for you to shred your enemies. It’s a well-rounded overall solid kit that you can use in any scenario whether it is mid-range or CQC.

The Close Quarter Loadout is for the players who like to rush headfirst into gunfights and spray their opponents down.

As mentioned before, the GRU Suppressor is highly essential for any OTS 9 loadout. It eliminates your chances of popping up on the radar, as well as increases bullet velocity, damage range, and decreases the overall vertical recoil so you can switch faster between targets.

The KGB Target Designator laser is there to eliminate all of the slow movements you’d feel on a regular build.

This will ensure that your movement is to a maximum even while firing. The Bruiser Grip also adds to that effect, ensuring your aiming down sight speed increases slightly while keeping your weapon recoil to a minimum horizontally.

Of course, the VDV 40 Rnd Fast Mag is crucial for this setup. The closer you are to an opponent, the more chances there are of a teammate being there with them, so you need a lot of bullets in your magazine to keep that stuff in check.

This is the essential go-to loadout for mid-range usage of the OTS 9. It’s a close-quarter combat weapon, that’s for sure, but it works really well in mid-range gunfights when paired with these attachments.

The GRU suppressor is highly essential, this muzzle attachment brings an immense bump up in stats to the damage range, vertical recoil, and bullet velocity of the speedy SMG. Not to mention, it keeps you hidden on the radar whenever you’re locked between multiple squads.

The 8.1” Task Force barrel will make your damage range even better, so your shots will hit harder across all ranges. The Tiger Team Spotlight laser will be there for increased accuracy while hip-firing, while the Microflex LED Optic will let you aim at your opponents faster and more accurately for headshots.

The KGB Skeletal Stock will decrease the vertical recoil kick to a bare minimum, while the bruiser grip will make sure your weapon doesn’t stray horizontally while spraying.

Then you have the Spetsnaz 40 Rnd Mag, which doesn’t just ensure that your gun has a decent ammo count to let you keep firing on all cylinders, but also minimizes the recoil you would have with a faster magazine that you can reload easily.

These are the three most potent loadouts that we tried and tested within Call of Duty Warzone.

This SMG is best used in a close-quarter situation that is for sure.

However, even in mid-range gunfights, it can turn out to be quite the beast. So make sure to check out any of these loadouts during one of your games, and you’ll thank us for it! 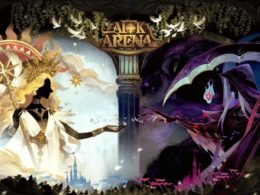 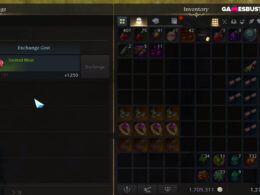