Minecraft is one of the most flexible games that you can play thanks to its incredible sandbox world with endless possibilities. However, you will come to learn that it’s very important to have certain things in the game if you intend to battle enemies, other players, or even just mine resources and materials.

No matter what you intend to do in the game, the one thing that you will realize immediately is that you need tools to do anything in the game, such as swords, shovels, and Pickaxes – and the second thing that is equally important is to equip these tools with the right enchantments.

The PickAxe is a fan-favorite item in the game as it is used by thousands of players thanks to its unique properties and usefulness in gameplay. As with any other tool in the game, it greatly relies on the enchantments that are equipped with it to be useful and that’s why you always need to know what you need before going on your adventures.

That’s why we’ve created a thorough guide of the 6 best Minecraft PickAxe enchantments that you can use in 2021 so that you don’t have to spend the time looking for them yourself! So, let’s get into it.

RELATED: What is SMITE In Minecraft? What Does It Do?

A topic like this is always up for debate because based on different preferences, people believe that different enchantments deserve the number one spot. But one way or another, it’s undeniable that Mending is one of the most useful enchantments that you can use on your PickAxe in the game.

Instead of experience orbs going to your character and leveling them up, Mending keeps repairing your PickAxe every time you grab an orb.

We all know that tools in Minecraft have a limited number of uses and start to break after a while. So, if you have a favorite PickAxe that you don’t want to lose – or want to go on long adventures that don’t allow you to go back for a replacement, Mending is the best enchantment that you can use.

Another great thing about it is the fact that it does not need to be upgraded and is as useful as possible at simply the first and only level that it has. The only catch here is that it’s a rare enchantment to get as you have to find it in boxes. It’s not something that you can craft on the table yourself. Which is incredibly fair considering the fact it’s such a useful enchantment to have on your PickAxe.

Efficiency, as the name implies, is about doing your tasks better. To start off, it decreases the time needed to break an item. It may sound like a simple advantage, but if you’re someone who likes to get creative with the game or just like gathering resources in general, you will notice how much it saves your time and makes things easier.

It even increases the speed at which you find important minerals like diamonds, but it might just be an effect of the rate at which you mine being increased due to its efficiency. You can also pair it with the Haste II enchantment and that makes the process almost as fast as how they disappear in the creative mode. All in all, it’s a solid enchantment to use if your primary goal isn’t combat.

Unlike some of the other enchantments on this list, though, you need to take the level of Efficiency to 5 to fully use it to its potential. Of course, it’s still useful in the smaller levels too, but its maximum capacity is where things become fun.

Mined blocks drop many items but not all of them are generally obtainable. That’s why you need Silk Touch as it allows you to grab items like Blue Ice, Ender Chests, Snow, Turtle Eggs, Stone, Coral Blocks, and more.

Of course, this is not the type of enchantment that you should use on your main PickAxe, but if you want to mine the specific items that are unobtainable otherwise or generally want to gather resources fast – then Silk Touch is something that is more useful than most people realize.

It only has one level, so you don’t have to worry about upgrading it to its maximum potential.

If you want to gain a large number of resources, then Fortune is one of the most important enchantments that you can get your hands on in Minecraft. Its purpose is to essentially increase the number of items that you mine from a single block. Not only is this useful in general, but imagine getting 3 or 4 diamonds per block instead of 1 thanks to Fortune – it’s an incredible boost on an otherwise slow process.

Before you think about it – no. You cannot pair it up with Silk Touch, so you’ll still only be getting the exclusive items in a slow process. And you also need to upgrade it to its maximum level, which is 3, to get the full benefits of its usefulness. It’s still decent early on – but the more you level it up, the more your drops will increase.

Unbreaking is pretty obvious by the name – it grants great durability to your items and reduces the number of times that you’ll need to repair your PickAxe for. While Mending holds off your character levelling to keep your PickAxe intact, this enchantment does not require that compromise and still offers a great deal of durability that will keep your PickAxe stable for a long time.

You can pair it with the likes of Efficiency V and Fortune III, so it can be pretty useful in the long run for multiple purposes. And of course, the 3 in the title means you need to level it up to its maximum potential for it to be worthwhile of being one of the best enchantments for PickAxes in Minecraft.

Curse of Vanishing is meant for gamers who interact a lot with other Minecraft players or directly go into PvP combat with them. The point of applying this enchantment to your PickAxe is that as soon as you die, it is destroyed and there is no way to recover it anymore. So, if you have a very good PickAxe and you don’t want other players to be able to pick it up once you’re gone – you won’t have to worry about that happening with this enchantment applied.

Of course, it has no use for single-player experiences unless you just want to give yourself specific conditions in gameplay. But one of the best things about it is also the fact that it only has one level and a simple goal – so what you see is what you get.

That’s it for our 6 best enchantments to use for PickAxes in Minecraft in 2021! We hope that you found the best suited enchantment for yourself on this list as they’re all meant for different playstyles, and we’re here to answer any questions that you might have too in the comments below. And while you’re here, don’t forget to check some of our other helpful gaming guides too. 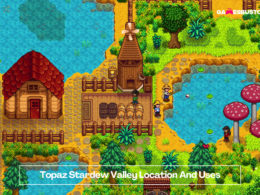 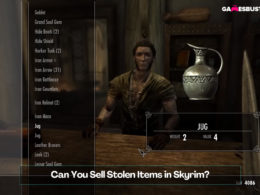