Archero is a game that people can play to kill some time without thinking too hard. However, if you play the game with a focused mind, you quickly begin to notice how complicated it can be due to how many different things it has that you can indulge in.

We have multiple types of equipment, different weapons, and a very long list of abilities.

But there is one very important aspect that you don’t see talked about are the heroes in the game, which make more of a difference in the gameplay side of things than you might expect.

It can take a while to figure out which are the best heroes in Archero because of the fact that it’s not easy to have too many of them at the same time.

So, we’ve created a thorough tier list of the best Archero characters for 2021 – because the game gets updated every year and the tiers change. So, let’s get started with the latest Archero hero statistics!

Sylvan is one of the characters that have to be purchased but if you’re dedicated to the game, it’s certainly a worthy purchase given how useful he is.

He has great health and his attack damage is on top of the list. But he truly shines when elemental damage is added to the mix as he’s very compatible with it.

Lina is one of the most recent additions to Archero in the heroes department and she quickly overtook the game’s tier list. She has very strong base statistics and her special skill is extremely useful against bosses.

If you’re looking for a versatile yet powerful character and don’t already have some of the other S-tier characters, then you need to aggressively collect the shards needed for Lina as she’s going to be worth the effort.

A single look at Shade might remind you of Raven from Teen Titans – and they have one thing in common aside from the looks too, which is power.

She deals a great deal of damage thanks to her compatibility with dark arrows, which can add up to 30% extra damage. And that is simply talking about base statistics, as the usual equipment upgrades and abilities will add a whole lot more to the overall attack power.

But the best part is her shadow form which increases attack speed by 25% which makes her not only a powerful character, but a fast one too.

Ayana is often considered to be the strongest free-to-play hero and that is for a good reason. While the gems you need to buy her with requiring a lot of grinding, she’s worth the effort because she has a lot of extra damage on each attack compared to some of the weaker heroes.

And she’s one of the most rewarding characters in Archero if you upgrade her, as her dodge level reaches +10% at level 80 – which is a great advantage to have without the use of any extra abilities.

Ryan’s best skill is that he is revived every time he dies. Not only is this a great advantage in general, but it also allows you to reject the Devil’s deal since you won’t need it anymore and keep your base health intact.

His health is pretty high too, which adds even more value to his survival capabilities. The only downside is the fact that his damage potential is not very high, so he’s more of a safe character rather than a tank.

But if you’re a good player, you will be able to compensate for the lack of damage anyway with equipment and abilities – which makes Ryan a good pick.

Ophelia is a very useful character for players who are efficient at killing enemies. Her special skill is that she can absorb dead enemies and it increases her strength as a result – which is a great perk to have by your side in a game like Archero.

Her base statistics are great too, since she’s pretty good in both health and damage potential.

Meowgik might be an easy pick because, well, it’s a cat. But there’s far more going on here aside from that too.

His base health and attack stats are really good and his special ability is to launch missiles that automatically hit enemies every few seconds. Once the missiles hit the target, a lot of damage is dealt and that’s on top of the normal damage potential being great too.

Helix looks like a tank and his gameplay fits the bill too. He has great health stats and his attack rate is good too. His special skill is essentially the same as the ‘Rage’ skill which allows him to have extra damage, which increases based on how much he is damaged.

So, not only does he have a lot of health, but every bit of health loss makes you stronger.

Rolla comes with great health stats and her base attack is surprisingly very solid. Her special skill is to add a freeze effect to her attacks which slows enemies down temporarily and they receive extra damage within this period.

Her damage is generally lower than the heroes that are above her on this list, but her speed and ability make up for it. Besides, you can always upgrade your equipment to compensate.

Taranis has great base statistics in both attack and health, which makes him a great pick right away. But as his Thor-like appearance implies, he has a lightning ability which makes his arrows far more powerful, adding up to 30% extra damage.

This is also paired with splash damage since it can hit enemies around the target too, so pairing it up with Ricochet is nothing short of a blessing.

Bonnie has great base statistics in both attack and health. Her ability is basically a stronger version of Shadow Clone and it makes her a great pick for crowd control since she’s able to fight as many enemies as you want without much issue.

The only catch is that her clones don’t have the additional damage applied that the main character does – but on the B tier, this is not too much of a complaint.

Phoren has low base statistics but his ability adds a burn effect which adds 15% additional damage.

This is not very useful with normal enemies since it only happens inconsistently, but with bosses, it can be very useful – especially if you tend to struggle against them.

Urasil is a free character that does not require much of a grind to be unlocked, so it’s not a surprise that he’s this low on the list. His base statistics are pretty low and his ability adds poison to his damage – which is better than nothing but certainly not something to be proud of.

Onir has decent base statistics similar to any other characters who have to be unlocked with real money, but unfortunately, his special ability is not very good.

It is activated on its own and only hits enemies on your sides rather than who you’re truly trying to aim for – and it often hits no one at all if you’re constantly trying to get away.

Atreus is the default hero of the game that everyone has by default when they play Archero. He’s the weakest hero in the game with very low base stats and no ability whatsoever.

You should only play as him when you have no other choice – as literally any other hero would be a better option otherwise.

And that’s a wrap on the topic of the best Archero characters ranked for 2021! We hope that you know what character suits you the best now and we’re here for any questions that you might have.

Don’t forget to check out some of our other helpful gaming guides too on the website while you’re here. 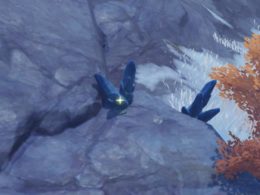 Cities: Skylines; How to Get American Buildings (2022)

The Gym Rat badge is one of the most crucial badges in the latest NBA 2K22. Without the… 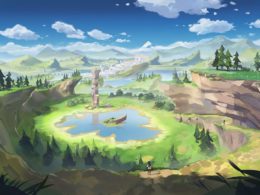