Divinity: Original Sin 2 is one of the best role-playing games of our time and continues to be successful in sales even many years after its release.

The game allows a great deal of freedom to the player in how they wish to approach the gameplay, and that includes the ability to either play as a lone wolf or with a companion.

Naturally, the companion is not just someone who tags along with you like a romantic partner but instead someone who contributes to the gameplay with their unique attributes and affects the story as well.

Therefore, it can be difficult to determine which characters are the best choices to have on your quest since everyone has a different preference and playstyle.

We have ranked the Divinity: Original Sin 2 romance options and created a thorough list of them that explains why we picked the characters that we did. So, let’s get started and save you some time!

Lohse is not the romance partner that you should go for if you wish to have someone whose strength helps you breeze through the game. However, there’s a good reason as to why she’s so high up on this list.

It’s because of the fact she contributes a lot to the narrative of the game and adds a sense of instability to the mix – which especially keeps replays of the game particularly exciting.

At a first glance, she’s an attractive lady who is talented as an artist and great at combat too. But you soon come to learn that she carries the burden of a dark secret deep within. And that is the fact she occasionally gets possessed by a demon and that causes her to lose control over her actions.

It’s not just a gimmicky storyline because it affects the narrative of your gameplay as well and can even get you killed at times, and it’s rewarding to see her journey as she finally finds out who has the grasp on her soul.

The Red Prince is one of the most popular romance options in the game – and no, it’s not because lizards look funny. He has a very interesting storyline as he is a prince exiled from his land and wishes to embark on a path of redemption which would lead to him possibly regaining his crown.

You can either help him out with his path or overfocus on yours, the way the game changes is fun to observe based on your actions.

He’s pretty good at combat too and is someone that you can take as a companion with you if you wish to make the game a little easier too.

But there are complications to be expected as usual since it will be nearly impossible to convince Sebille to join you in the game if you have The Red Prince on your side since his race is known to enslave elves.

Ifan Ben Mezd is a mercenary who works for a group called the Lone Wolves. He has an interesting storyline in which he wishes to redeem himself for his accidental sins as a crusader by taking revenge on those who manipulated him into walking down that path.

It’s never easy hanging around a man who prioritizes his goal over anything else, and revenge is always a tricky path to be on. So, he’s definitely one of the more complex options in the game to romance even if he does not seem as flashy as Lohse – but that’s what you expect going into a game like Divinity: Original Sin 2 anyway.

And it adds a fun touch to the game’s narrative as making Lucian divine at the end of the game is a choice that will be present to you even if you romance Ifan, his sworn enemy. And having to choose between favoritism or what you believe in is welcomed conflict.

Let’s be real, the world of role-playing video games cannot be complete without an attractive ex-slave elf woman – and Sebille is here to fill that quota for Divinity: Original Sin 2’s romance options.

She has a dark past that briefly resembles that of Ifan Ben Mezd as she also had to kill innocents against her intentions, and in her case, she was mind-controlled when she did it.

As it may sound obvious from her backstory, she finds it hard to trust people due to how her life has been before you met her and she’s the perfect option for players in terms of two things.

Once you work your way up to her heart, she devotes her loyalty to you and provides great backup within the gameplay. And it adds a bit of conflict to the game’s narrative if you’re one of the people who like the Red Prince because she will be very difficult to keep on your side since her race has been imprisoned by the lizards for a long time.

This, of course, also means that if your race is that of a lizard, you will have a very, very hard time winning her heart.

If you thought romancing a lizard was weird, here we have a dwarf that almost looks like a pirate for some reason. But of course, this is not just any game, this is Divinity: Original Sin 2.

That means that there is much more than means the eye and the character are just as interesting as the others to romance. He’s a rebel who tried to wage a war against the Dwarf Queen – which is something most people do not dare dream of.

Unfortunately for him, he lost and was cast out of his tribe. But fortunately for you, his misery means that he is available as a romance option and you can win his heart and get him to aid you in gameplay as a brute if that is best suited for your playstyle.

And of course, you get to observe his journey of trying to get back at the Dwarf Queen and aid him too.

And as to be expected of old-looking people irrespective of their mythical race – he has a lot of stories to offer if you’ve got the time to listen and some of them are actually pretty interesting too.

Fane is kind of a zombie who has decayed to such a point that his face is nothing more than a skeleton. However, he has a unique mask that lets him mimic the face of anyone around him.

He’s the least liked romance option in the game because he is a bit rude and often feels a bit bipolar – but he’s honestly not that bad if you get on his good side.

Unfortunately, his ending is bound to make some people feel annoyed due to the fact that it took so much effort to tolerate his mood swings in the first place. However, he’s very useful within gameplay due to the fact he’s a wizard, so he might suit your playstyle if it involves a lot of magic.

That’s the complete ranking of Divinity: Original Sin 2’s romance options based on our experiences with the game! We hope that you found the best options on this list for your playstyle, and we’re here to answer any questions that you might have.

While you’re around, don’t forget to check out some of the other helpful guides on our website too! 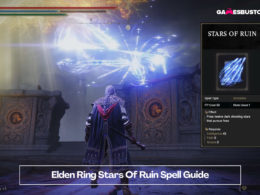 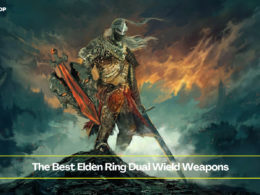 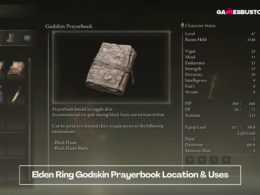 The Godskins are one of the most terrifying creatures in Elden Ring. You can fight them and take…