Sometimes all you need to brighten up your home in Skyrim is by starting a family. There’s nothing greater than returning home after a long day of battling dragons and whatnot to people who are happy to see you.

There are a wide variety of orphans you can adopt and NPCs you can marry from different cities in Skyrim. To marry someone, you’ll need to equip the Amulet of Mara, which can be obtained in several ways.

The easiest way of getting the necklace is by purchasing it from Maramal in the Temple of Mara or by completing the Book of Love quest.

Wearing the Amulet of Mara is a sign that says “I’m single” and people will catch onto this quickly. If they agree to marry you, they get to live with you. Not only do they keep you company, but your loved one gives added benefits like the Lover’s Comfort effect, sometimes gold, and even preparing homecooked meals.

Despite that, marriage can be somewhat disappointing, especially when you realize their dialogue is repetitive.

One of the things that are lacking in Elder Scrolls V is perhaps its romance mechanic, as there isn’t much of a storyline save for a few rescue missions. If you’re wondering how to divorce or change partners in Skyrim, keep on reading.

So, can you divorce and remarry in Skyrim?

The answer is that there is no official way to divorce in the game, but there are marriage mods and console commands that can help you.

Once you marry someone in Skyrim, they’re forever bound to you. Marriage pretty much works the way it does in real life. If you suddenly get cold feet, you can always back out of the marriage before or during the wedding ceremony, but there is no turning back afterward.

You can get rid of your spouse by killing them, but you still won’t be able to marry anyone else. So make sure you spend time with different characters before deciding who you’re tying the knot with.

There are a bunch of worse marriage candidates: Sorex Vinius will continue to flirt and buy women free drinks at the Winking Skeever even after you marry him. Mjoll the Lioness may be a great wife and follower herself, but she comes with a third wheel – Aerin.

Another wife notorious for third-wheelers is Camilla Valerius, whom Faendal and Sven have a huge crush on. Orla will also refuse to live with you or fight with you, and Temba Wide-Arm is not particularly sweet.

However, you might realize that even badass characters like Aela the Huntress don’t seem to fit the marriage life. You will often hear her complain about the house being too small for the family, the town being a bad influence on the kids, or the house getting constantly attacked by wolves, bears, and giant spiders.

Which is strange, given that she’s a werewolf and is a member of the Companions. After moving her to different cities, you realize that she pretty much hates all of them.

Divorce and Remarry Mods in Skyrim

So, if you can’t work it out with your partner and have decided that marriage truly isn’t for the both of you, these are the mods you can use to divorce and remarry in Elder Scrolls V: Skyrim.

This marriage mod simply allows you to divorce and remarry in Skyrim. When you approach your spouse, there will be an “I want a divorce” dialogue option available.

However, they won’t let you off the hook easily. When you ask them to leave, they will also take everything in your inventory with them. They won’t be friendly either. If you’re heartless, you can bypass this by killing them, which will automatically process the death as divorce.

If you’re polyamorous, this mod is for you. You can marry up to 11 people at once and can also get a divorce. This marriage mod also comes with a book called ‘Mara’s Tear,’ which contains a list of your spouses and where they live, making it easier for you to keep track of them.

If you simply want a divorce and to stay friends with your ex, this Nexus mod does the job for you. All you have to do is activate the left shrine in the Temple of Mara and select Divorce, tada! It also lets you, divorce spouses, you’ve already killed, allowing you to remarry anyone else.

Console Commands for Divorce in Skyrim

If you’re playing on PC, you can also carry out a painless divorce by typing out these console commands.

Before starting this, make sure to take the items you want from them. You’ll also need your old Amulet of Mara and find a new one.

Wait for 24 hours, your spouse will leave the house and return to their normal location.

That is how you divorce and remarry in Elder Scrolls V: Skyrim! We know it sucks when a character ends up not being the best spouse, but there is a lot of fish in the sea, which means you can always get a second chance at love when you’re ready.

If not, you can blow off some steam by doing side quests. In the meantime, feel free to check out our other Skyrim-related guides! 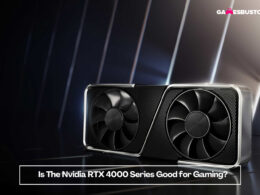