Ever since Among Us was rediscovered by video game streamers in 2020, it has taken over the world by a storm and is installed on every single smartphone irrespective of whether they are gamers or not.

Despite not having fancy graphics or high-quality voice communication – the game still managed to attract an insane amount of attention thanks to its extremely entertaining spin on the classic mafia genre.

Despite being specifically space-themed, Among Us undoubtedly brought the mafia genre back on the radar and that means people are naturally looking for more games similar to it. Whether it’s to have more of the same or something a bit different, you can never go wrong with some alternatives.

That’s why we’ve created a list of the top 10 best multiplayer games like Among Us for the Android and iOS platforms. To save you as much time as possible, we’ve attached gameplay videos for each game and also direct links to the store! So, let’s get started.

Town of Salem is one of the earliest and most notable video games in the genre that perfected the formula into a consistently fun experience that does not get repetitive no matter how many times you play it over – just like Among Us.

However, it’s not set into a city with a syndicate, a room with a murderer, or a spaceship, it takes place in the old days of hanging witches within towns and its unique atmosphere truly sets it apart from the competition.

There are several game modes with their own rules, but the most prominent one is the basic match which has innocents, members of the mafia, common criminals, a sheriff and even a police officer. Players constantly have to lie to make sure they are not caught if they are in an evil role, while the other side will have to make sure they vote out the right members until it’s too late.

It’s enough like Among Us to be a great game in the same category, and different enough to be fun even if you’ve had enough of the endless space. And on top of it all, it has cross-play between all platforms.

Undercover is a unique take on the mafia formula and is a game that works locally instead of online multiplayer. The way the game works is that a single app runs the game and everyone gets to take their turns.

The players are divided into three different groups and each of them gets a different word. The civilians have the same word so they know that they are safe, the Undercover gets a slightly different word, and the third role is called Mr. White and simply gets ‘^^’.

Once the game begins, the good guys have to figure out who to vote out while the Mr. White and Undercover roles have to lie and pretend that they are one of them so that they don’t end up losing.

It’s pretty much Among Us but in real life and that gives it a great appeal compared to options that require too many phones with the apps installed or consistent internet.

Werewolf Online has a very specific theme that sets it apart from the rest of the games on this list, which is that it takes place in a world with werewolves.

A total of 16 players can play the game at a time and they are split into different teams, and then they all have to figure out who is truly on their team and who is lying in opposition. The game has a lot of customization to choose from and has a social aspect that lets you send roses to your friends in-game for example.

Each game has different teams but one of them is usually a team of werewolves who are your number one threat – similar to the imposters in Among Us. So, it’s an intense game full of lighthearted fun and has a nice spin to the genre.

Spaceteam is an award-winning Among Us alternative in quite a unique way. The aspect where you vote suspicious people out who are hell-bent on killing your entire crew is not here – but hear me out.

This is a co-operative game that supports up to 8 people and assigns every player with a control panel with different buttons, sliders, and switchers. The catch is that the instructions that every player needs to complete their task is actually sent to a different player and all of you have to co-ordinate to make sure that you guys stay alive.

If you really want to act like an ‘imposter’ though, you can still purposefully sabotage your friends. It’s just less rewarding in that sense – but the game in general is still incredibly fun and features the ship tasks aspect of Among Us.

The catch here is, the only way the good guys can protect themselves is by hiding as ‘props’, which means you could be a box, a cold drink, a computer, and so many other things.

The hunters need to find the good guys and kill them but it is difficult to figure out what’s a prop and what’s a real person if the hunters are against good players, and that’s what makes it all so fun.

It’s like a high-stakes game of hide-and-seek and you will have to outsmart the imposter-like hunters at all costs.

GM Online is kind of similar to Roblox and Garry’s Mod because it does not limit itself to one game mode.

It has several different things for you to try out and have fun with, but we’re here to talk about it’s ‘Murder Among Us’ mode. As the name implies, it follows the same formula as Among Us where one or more players are killers and have knives to attack with, while the innocents have to figure out who it is and the roles that carry a gun can shoot them before it’s too late.

Of course, if you shoot the wrong player then you ruin your chances of victory, and that’s the main catch of this game. Besides this mode, GM Online also has much more to offer such as Hide and Seek, Battle Royale, Deathmatch and more.

Murderous Pursuits is a polished and fully 3D take on the mafia formula on which Among Us is based on and they are similar in many ways. The game features different maps but the premise is always the same – you are a guest at a party held by a mysterious person and you will continuously be given targets to kill.

The characters have similar outfits and skins as different types of crowds so you can easily blend in and hide to find the perfect opportunity to sneak up on your target or just simply hide from the person out to kill you.

To mix things up, the game also has different power-ups which include flash grenades, pie bombs, and timed disguises which you can use to increase your chances of running away. A successful game for you would be to constantly thwart assassination attempts towards yourself and kill as many targets as possible – and by the end, the person with the highest score wins.

Dead by Daylight is similar to Among Us in many ways but also different due to one specific reason. Just like Among Us, you have to complete tasks that ensure your survival and help you open big doors to escape and all the good guys have to help each other to make sure everyone has better chances of winning.

However, the ‘imposter’ in the game is not hidden and that gives it a different yet scary twist as the player controlling the monster will constantly hunt you and your friends down and if you don’t play your cards right – you will die.

It’s a great game that has an amazing level of intensity, and it even has dozens of licensed characters from horror movies, games and TV franchises such as Stranger Things, Evil Dead, Silent Hill, and more. On top of all that, it even supports cross-play between all platforms.

Mafia Mystery is extremely similar to Among Us in terms of its concept – but takes things back to the basics by assuming the literal mafia syndicate theme that this game originated from.

There can be up to 18 roles in a game and up to 16 players can join which all have a decent deal of customization options. As usual, you have to figure out who the bad guys are before it’s too late and vote them out.

Unlike Among Us where the imposter can kill at any time, in Mafia Mystery that can only be done at night, which helps the game have an identity of its own rather than play too similar to its competition.

This list would be incomplete without the mention of Trouble in Terrorist Town Portable. If you’ve been gaming for a lot of years – then you must already be familiar with this.

And if you are new, then you’re still in for a treat. This app perfectly replicates the classic GMOD and Counter-Strike experience of the mafia mode which used to be the talk of the town many years ago and gave birth to the popularity of the genre in its glory days.

As usual, there is a group of innocent players and there is another team of terrorists. Played in the first-person point of view, the good guys can assign a player they trust the role of detective and they have to figure out who the terrorists are before they start killing anyone.

It’s very much like Among Us but with more intensity as the detective will have the opportunity to directly kill the bad guys instead of having to wait for a voting period. It’s an accurate representation of what made the original so much fun, and it even features a great deal of customization.

That’s a wrap on our list for the top 10 best multiplayer games like Among Us for Android and iOS! We hope that you found the game best suited for you and are having a blast.

If we missed any important games or you have something to say, make sure to leave a comment below – and while you’re around don’t forget to check out some of the other gaming lists on our website. 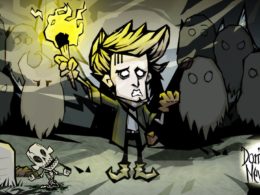 Mass Effect is one of the most well-received and influential action role-playing video games of our time. Even…

FromSoftware’s latest RPG Elden Ring is the word of the town. The new action masterpiece challenges every gamer…